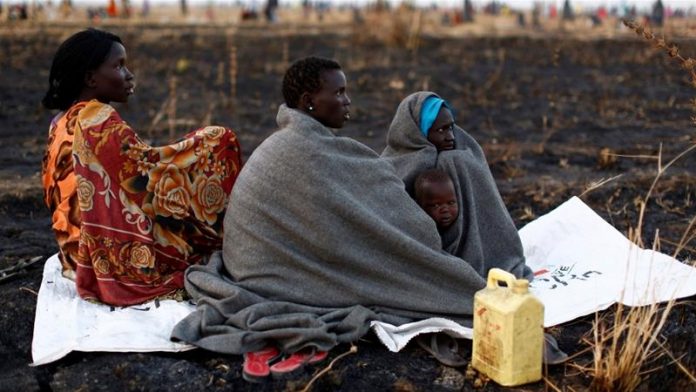 South Sudanese children are increasingly exposed to heatwaves and face the risk of catching water-borne diseases largely due to impacts of climate change, the United Nations Children’s Fund (UNICEF) said in a report released on Friday.

It says that climate change is a threat to the health, education, and protection of South Sudanese children.

The first comprehensive analysis of climate risk to children by UNICEF ranks countries based on children’s exposure to climate and environmental shocks, such as cyclones and heatwaves, as well as their vulnerability to those shocks based on their access to essential services.

“The climate crisis is a child’s rights crisis and in South Sudan, where two out of three children are unable to access even their most basic rights, outcomes could be catastrophic,” UNICEF South Sudan representative Hamida Lasseko said in a statement issued in Juba.

She said that the youngest nation struggling to recover from more than six years of conflict, since the outbreak in December 2013 is becoming a more dangerous place for children to live unless urgent action is taken to reverse the situation.

“If we act now we can prevent it from becoming worse. If we invest to make the services they depend upon to survive and thrive such as water, health care and education resilient it will help to protect their futures from the impacts of a changing climate and degrading environment,” Lasseko said.

The report urges South Sudan’s government to invest in social services, particularly in water, sanitation, and hygiene (WASH) and child health and nutrition, to safeguard the future of its children from the impacts of climate change.

“The children of South Sudan know climate change is a threat to their future, and they are calling on the world leaders to act. So far, too little has been done, but we still have time. We must urgently reduce greenhouse gas emissions and work as a global community to build a better world for all children,” Lasseko said.

UNICEF urged governments, businesses and relevant actors across the world to increase investment in climate adaptation and resilience in key services for children.

It also called on them to protect children, communities and the most vulnerable from the worst impacts of the already changing climate, adding that critical services must be adapted, including water, sanitation and hygiene systems, and health and education services. Enditem