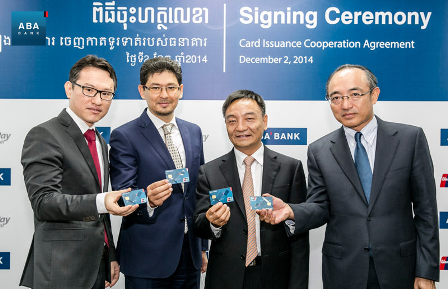 According to the agreement, UnionPay cards, in the coming three years, will be accepted at all ATMs and POS-terminals covered by the UzCard network. 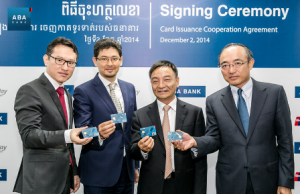 A UnionPay representative said that such cooperation will benefit local residents that frequently travel to China. He also mentioned that six local banks, after establishing cooperation with the Chinese firm, so far have issued tens of thousands of UnionPay cards.

Hailing Uzbekistan as a key partner of China’s “Belt and Road” initiative, the representative further pointed out that China and Uzbekistan recently signed an agreement concerning the Silk Road Economic Belt, agreeing to deepen their collaboration in the areas of trade, investment, finance, transportation and telecommunications.

UnionPay cards so far can be used in about 50 countries and regions along the routes proposed in the “Belt and Road” initiative. In Kazakhstan, for instance, 70 percent of the ATMs and over 60 percent of POS-terminals accept the cards. This coverage is expected to be raised to 80 percent within a year.

Outside Chinese mainland, UnionPay cards can now be used at about 34 million retailers and over 2 million ATMs in 157 countries and regions. All POS-terminals in South Korea accept UnionPay cards. Card-holders in Switzerland, Austria, the U.S, Thailand and Myanmar can withdraw cash from almost all local ATMs.

UnionPay cards are expected to be accepted throughout Japan before the 2020 Tokyo Olympics, a senior official of the bankcard association released the plan recently.

By Qiang Wei from People’s Daily

Investment in the Current Economy: 5 pillars to consider for any investment decision