Anthony Obieni Ajavon of University of Ghana, emerged champion at the 2017 Kees Memorial Chess Championship held at the Media Center at the Accra Sports Stadium over the weekend. 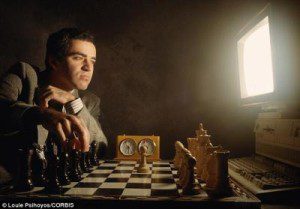 Over 15 chess players across the country participated in the event, which saw the finest of play exhibited on the chessboard, as Kings were checkmated with Queens and Pawns providing the cover.

Obieni, defied the odds and won the tournament, as he manuevered his way from the peliminary rounds all the way to the finals, where toppled all contenstant.

In an interview with GNA Sports after the game, the 22 year-old expressed his delighted after winning the tournament, but is already looking forward to make it the top 100 ranking in Africa.

“I think the competition was keenly contested with some of the strongest players in Ghana participating, but I was able to conquer my way through and

I’m happy for being able to win the competition.

He added that “My target is to one day become national champion with gradually making it into the top 100 players in the world so that I can compete at the highest level of the
game”.
GNA/www.newsghana.com.gh