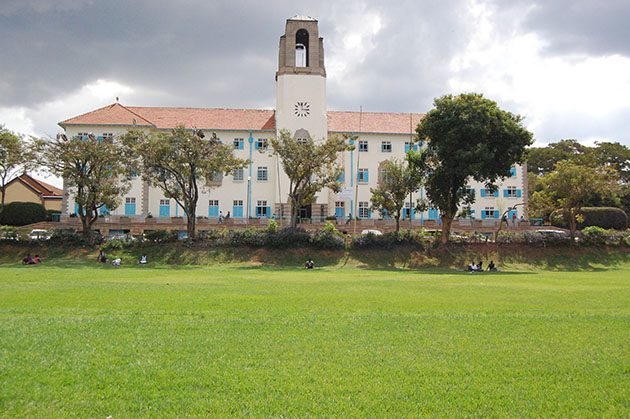 Following the appointment of the five by the Makerere University Appointments Board, CHUSS spokesperson Hasifa Kabejja says the deans are expected to start serving in their new positions effective March 01. Deans are elected by their respective staff, and they usually serve for fours year.

Ahikire is also the Executive Chair, Centre for Basic Research (CBR), a leading research centre in Kampala which has over the years conducted cutting edge research and nurtured many intellectuals in Uganda and beyond. She has over the years worked in the area of feminist political theory and has extensively published works on women and politics, labour and urban culture.

Mangeni wa?Ndeda, is a Senior Lecturer in Drama, and Head of MDD Department. Dr. Mangeni?s initial training in theatre was at Makerere?s MDD department and later at University of Leeds where he earned a Master of Arts in theatre Studies, before earning a PhD in Applied Theatre from Griffith University, Australia.

His research and publications have been in the areas of gender and theatre, community theatre or theatre for development address issues ranging from health, to human rights and development; education and drama, children?s theatre play.

He has written more than 5 community theatre plays. He has hosted a series of programs as well as written plays for both radio and television. Mangeni has directed more than seven theatrical productions in Uganda, Kenya, and Norway.

Mushengyezi holds a PhD from the University of Connecticut in the USA and is currently a Senior Lecturer at Makerere University.

He has authored Twentieth Century Literary Theory (2003), co-edited Africa in World Affairs (2004), and contributed articles on literature for children in several journals and books including The Oxford Encyclopedia of Children?s Literature (2006), Performing Community: Essays on Ugandan Oral Culture (2008), and Performing Change: Identity, Ownership and Tradition in Ugandan Oral Culture (2009).

He has also contributed short stories in several anthologies including Michael?s Eyes: The War against the Ugandan Child (2005) and The Mermaid of Msambweni and Other Stories: An Anthology from Africa (2007).

Prof Kikooma obtained his PhD from the University of Cape Town. Kikooma?s fields of research are Social Sciences and Humanities; and Business, Management and Economics. Kikooma essentially rose to prominence in March 2012 when he published a book chapter, ?Gender and Entrepreneurship in Uganda: Women Maneuvering Economic Space.?

Female student of Makerere found without head on a plantation