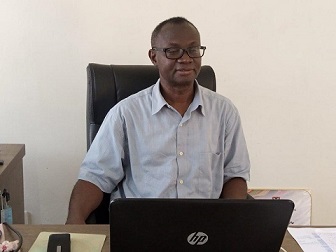 He said media freedom guaranteed by the 1992 constitution was to put successive governments in check, but regretted partisan politics had eaten into and divided the media space.

In an interview with the Ghana News Agency (GNA) at the University’s campus at Fiapre, near Sunyani Rev. Fr. Prof Amponsah, a Catholic Priest, said irresponsible journalism, and media work remained the bane of the country’s socio-economic development.

He said media freedom placed enormous tasks and responsibility on the media to set agenda, generate discourse, direct and lead the country to the path of economic development, which the media had failed the nation.

Rev. Prof Amponsah regretted the media had rather concentrated and filled the digital media space with frivolities and trivialities, irrelevant to the nation’s progress and development.

“There is absolute misuse of the media”, he indicated, stressing, as a developing country, it was therefore imperative for the media to set the right agenda in the media space to propel the nation’s industrialization drive.