Mr Prince Rockson, the National President of the Ghana Society of Radiographers (GSR), said wrong usage of radiation on the body could cause cancer and that some cancers being suffered by individuals could have been caused by quack radiographers.

He, therefore, called on the Allied Health Professions Council and the Nuclear Regulatory Authority to rid health facilities of quack radiographers to ensure sanity in the system.

Mr Rockson was speaking to the Ghana News Agency on the sidelines of the Southern Zonal Conference of Radiographers in Accra on Saturday on the theme: ‘‘Advancing Professionalism in Medical Imaging and Radiation Therapy”.

He said there were many quack radiographers in the system due to the limited number of qualified ones.

‘‘These quacks are causing negative health implications on unsuspecting victims therefore clients must request for the qualification of any person using radiation to operate to avoid falling victim to the effects of radiation,’’ he said.

Mr Rockson said only professional radiographers were supposed to use radiation in order ensure the exact amount required for a patient was used for diagnosing.

‘‘We can’t see radiation with our eyes and, therefore, it has short and long-term effects known as Stochastic Effects such as skin burns and skin cancer among other negative health implications and since it’s a long term effect, people tend to attribute it to spirituality,’’ he explained.

He said most certified radiographers were centred in regional and urban health facilities giving room to the quack ones to take advantage to operate in the remote areas thereby posing health risks to innocent patients and clients.

Mr Rockson said those unprofessional individuals had set up ultra-sound units across the country undertaking ultrasound misdiagnosis and wrong diagnosis which must stop.

He said there was the need for regular training and capacity building for both new and old professionals to sharpen their skills and appealed to the Government to increase the intake of qualified radiographers because of the limited number currently operating in the country.

‘‘There are MRI and X’ray machines in some public health facilities standing idle because there are no radiographers to operate them,’’ he said.

Mr Rockson said there were 240 certified radiographers in both public and private health facilities and considering the country’s population of 26 million, one radiographer was, therefore, supposed to take care of 130,000 people.

He said currently about 20 students were estimated to be admitted every year to pursue courses in radiography in the universities and called on government to offer scholarships to radiographers to study abroad to increase the number of professionals.

Lieutenant Colonel Mohammed Salifu, the Special Speaker for the conference, urged the regulatory bodies to collaborate to ensure sanity and called on management of health facilities and imaging centres to do background checks of individuals they engaged to work. 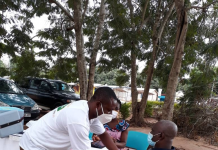 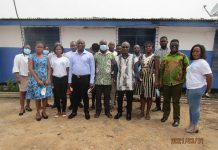