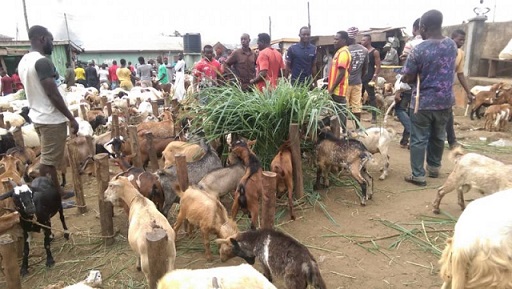 Some farmers who benefitted from the President’s Flagship Programme, Rearing for Food and Jobs (RFJs), in the Upper East Region have refused to go by the conditions under which they benefited from the support given them.

They had agreed to breed the ruminants and birds and give out their offspring to other beneficiaries but failed to do so when the young ones were old enough to go to other farmers.

The modalities of the programme targeted women and youth and recoveries of the offspring were expected to be made in two years where the young ones would be passed on to other beneficiaries.

Meanwhile all 40 small holder farmers in the Nabdam District who received 400 sheep out of a total package of 2000 small ruminants given out have not returned anything to the Department of Agriculture for redistribution to other farmers.

Ms Esther Agumah, Livestock Officer at the Regional Directorate of the Department of Agriculture, who spoke in an interview with the Ghana News Agency in Bolgatanga, said 2,000 sheep were distributed in the pilot year, 2019 and it was planned that their offspring would be distributed to other farmers by 2021 but nothing was recovered from the Nabdam District.

She said some of the challenges the programme encountered included diseases and death, among others.

According to her, 978 new lambs were recovered from the other districts out of which 307 died while some of the remaining 671 that survived were given to 41 new beneficiaries.

“Each farmer under the pilot received 10 sheep, nine females and one male and the condition was for each to repay 18 of the offspring”, the livestock Officer said.
Meanwhile some stakeholders said the action of the Nabdam district beneficiaries was political as some felt the package was a gift.

“We have a lot of challenges with the programme, though the programme has been reviewed and farmers are expected to repay one male offspring and nine females instead of the 18, the farmers are still recalcitrant to give back”, she said.

A visit by the Ghana News Agency to the Nabdam district to interact with some beneficiaries revealed that most of the sheep were doing well.

Madam Hannah Laadi Bukari, a farmer, and chairperson of the ‘women in Agriculture’ platform in Nangodi, said the RFJs had been a helpful programme.

“ I received ten sheep in number but in the beginning I lost four of the sheep leaving me with six of them but that, not withstanding, the remainder had done well because last year I made sales of some of them to the tune of GHC 2,250.00 and I still have thirteen of them”, Madam Laadi said.

We won the awards on hardwork – Award-winning farmers

CEO of PBC Salutes Farmers, Justify the Importance of the Celebration