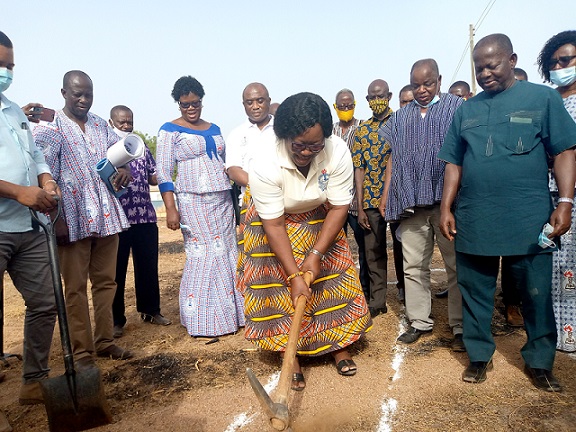 Madam Phillipa Larsen, the National President of the Ghana National Association of Teachers (GNAT), has broken the ground for the construction of a hostel facility in Bolgatanga, the Upper East Regional capital.

The project is part of activities by the Association to mark its 90th anniversary.
The four-storey 62-room facility would, on completion, serve as accommodation for members who travel to the Region for business.

The facility would also host members during conferences and other activities of the Association.

At a short ceremony, Madam Larsen said the project was part of GNAT’s social responsibility to members.

“GNAT is a well-decentralized Association; so you realize that all the other regions have hostels and halls except for Upper East. So it is imperative that, as part of our 90th anniversary, we construct a hostel facility for members in the Upper East,” she added.

She said the first floor of the building would be commissioned in August this year.
Madam Larsen commended teachers for their dedication to the profession and pledged her commitment to ensuring their welfare.