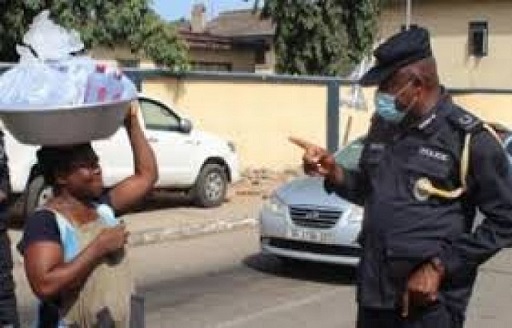 The Upper East Regional Police Command has intensified its operations to pursue all who fail to comply with the COVID-19 protocols of wearing nose masks and social distancing in the region.

ASP David Fianko-Okyere, in charge of Public Affairs, who relayed the proposed plans to the Ghana News Agency in Bolgatanga, said all district Offices were working extensively to move into the communities and markets to ensure that the protocols were well respected.

ASP Fianko-Okyere said compliance on the roads was good, but warned that those who wore the nose masks only when they were approaching a police duty post should stop such acts and help to fight the spread.

“People have the nose masks in their pockets and bags, but until they see a policeman, they will not wear it. We all need to comply and wear our nose masks to protect others and reduce the spread”, he said.

“The Police cannot be everywhere and therefore such acts are not doing citizens any good.”

He said education was ongoing and commended the media and the Regional National Commission for Civic Education (NCCE) in the region for doing their part in the campaign and noted that in spite of the efforts, some recalcitrant people still refused to wear masks.

He appreciated the efforts of the GPRTU and appealed to the management to continue to instill the message in the drivers to ensure they and their passengers left the lorry stations wearing masks.

He said the police would soon start random arrests in public places and added that compliance to wearing the facemasks, ensuring hand washing and sanitizing was the only way to stem the spread.

He said it was unfortunate that many offices at the onset of the pandemic, put in measures such as providing veronica buckets, soap for washing hands and tissue papers, but stopped when the pandemic reduced.

He urged all public places to adhere to the protocols and said the Police would do random inspection to ensure compliance.

Anyone found at a public place without a face mask would be arrested and when found guilty would pay a penalty or go to jail, he added.