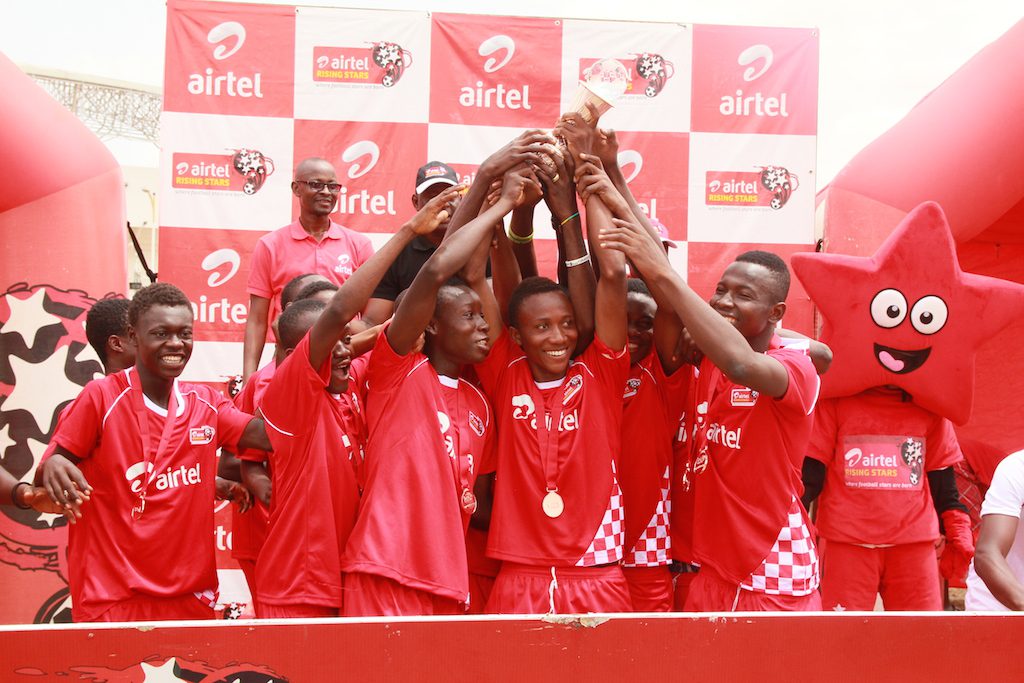 The ?Savannah Rangers? as the Northern team is called had dominated the women?s football competition by winning gold and posting the most outstanding female players of the tournament.

However, the boys from Upper West nicknamed ?the Kwasi Nyantakyi boys? due to Ghana Football Association President Nyantakyi?s association with the Upper West where he lived since he was a boy proved an equal match for their Northern opponents. In the end, the finals was determined by a marathon penalty which ended 9-8 in favour of the Upper West team.

Upper West also got a sizeable representation into the zonal Airtel Rising Stars team that will feature for zone two in the national finals in Sunyani with almost ten players making the 32 strong team contingent.

Northern Region with two male teams and one female team however dominates the list of players for the zonal team. Upper East also made a respected showing however the plaudits belonged to the Upper West and Northern Regions who won trophies, medals as well all the player of the match awards.

Ghana football legend Ibrahim Sunday who is also the first person to win the African Footballer of the Year Award in 1970 told the team to work extra hard to be selected to the national select side.

?I come from the North. Here is where I grew up. I was once like you. In my time there was no Airtel Rising Stars. But if you work hard, you can get to the top of your talent. Now you have just been discovered. But can you grow that talent? Growing the talent is like planting a crop. For it to grow, you always have to water it. Hard work is your water. That is the only way.? Said Sunday who also captained and coached the Black Stars and was one of the first African s to play in Europe in the German Bundesliga

The representative of Dutch premier division side FC Utrecht in Africa, Abdulla Alhassan who played for both Black Stars and FC utrech in his playing career also told the chosen team to represent the Northern zone to count themselves exceptionally lucky for the opportunity to be spotted by Airtel Rising Stars.

?You guys are lucky to have Airtel Rising Stars spotting you at this age. Your destiny will change if you take it serious. But the hard work and the determination to prove that you can make it is what is now needed from you? said Abdullah Alhassan who also runs the FC Utrecht academy in Tamale.

The next instalment of the Airtel Rising Stars is in Cape Coast where the Western and Central regional male and female teams at the Under 15 level of Ghana football will meet to compete for honours and ultimate selection into the Zone three team for the finals.

Both the Central and Western Regional juvenile football associations will present two male teams and one female team each for the competition to be held at the Cape Coast stadium.

The Deputy Chairman of the Ghana Football Association?s juvenile committee Ernest Kuffuor expects a strong team from Zone three to compete at the national finals in Sunyani in July.

?Airtel Rising Stars is in its fourth year of competition. Every year, the Central and Western Regions give us very good players and teams. There is a lot of talent there. I expect there to be strong competition from both the male and female teams? Kufuor said.

?If we discover these talented footballers early, and hold their hands along, they can change their own destinies and influence several other people. At Airtel, we touch lives. We make people better and that is why the brand has been consistent with Airtel Rising Stars. We are looking for the best in young footballers to harness and improve their abilities and if you are out there we will find you.? Lucy Quist concluded.