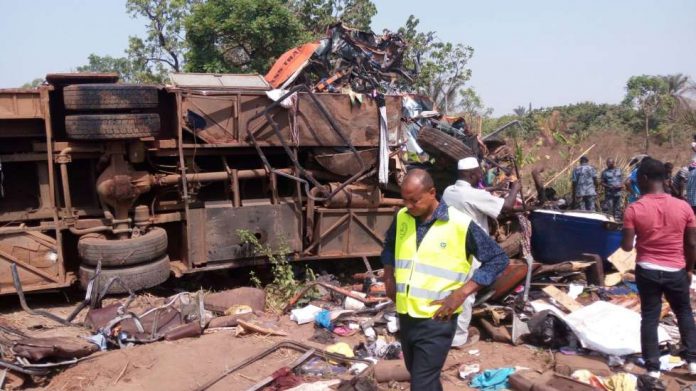 Road traffic crashes have claimed 19 lives in the Upper West Region within the first quarter of 2017 recording an increase of five deaths from the 14 deaths reported in 2016 within the same period.

Total number of cases reported also increased marginally from 44 cases in 2016 to 45 cases in 2017 while the number of vehicles involved reduced from 71 to 67 vehicles in the period under review. Mr Mohammed Abdul-Samad, the Upper West Regional Manager of the National Road Safety Commission (NRSC) disclosed this in a presentation on the road traffic situation in the region at a Regional stakeholders meeting in Wa.

He expressed worry about the increase in the number of road traffic deaths within the first quarter of 2017 and called for effective stakeholder collaboration in order to stem the tide.
Mr Abdul-Samad hinted that the Commission would continue to intensify its public education and sensitisation campaigns against the road traffic menace but called for attitudinal change on the part of the public to help boost the effort of the Commission.
Mr Amidu Chinnia Issahaku, Deputy Upper West Regional Minister called on all road users to be circumspect in order to avoid needless accidents.

He described as unacceptable the manner in which the country lost its precious human resource to road traffic crashes and called on the police to arrest and prosecute all reckless road users to help protect lives and property.
The Deputy Regional Minister also advised the public especially drivers against acts that would compromise their sensibilities when using the road in order to avert needless road traffic crashes.
GNA

National cohesion and peaceful coexistence; a recipe for national development

ZoDF to partner STAR-GHANA in promotion of peace and security