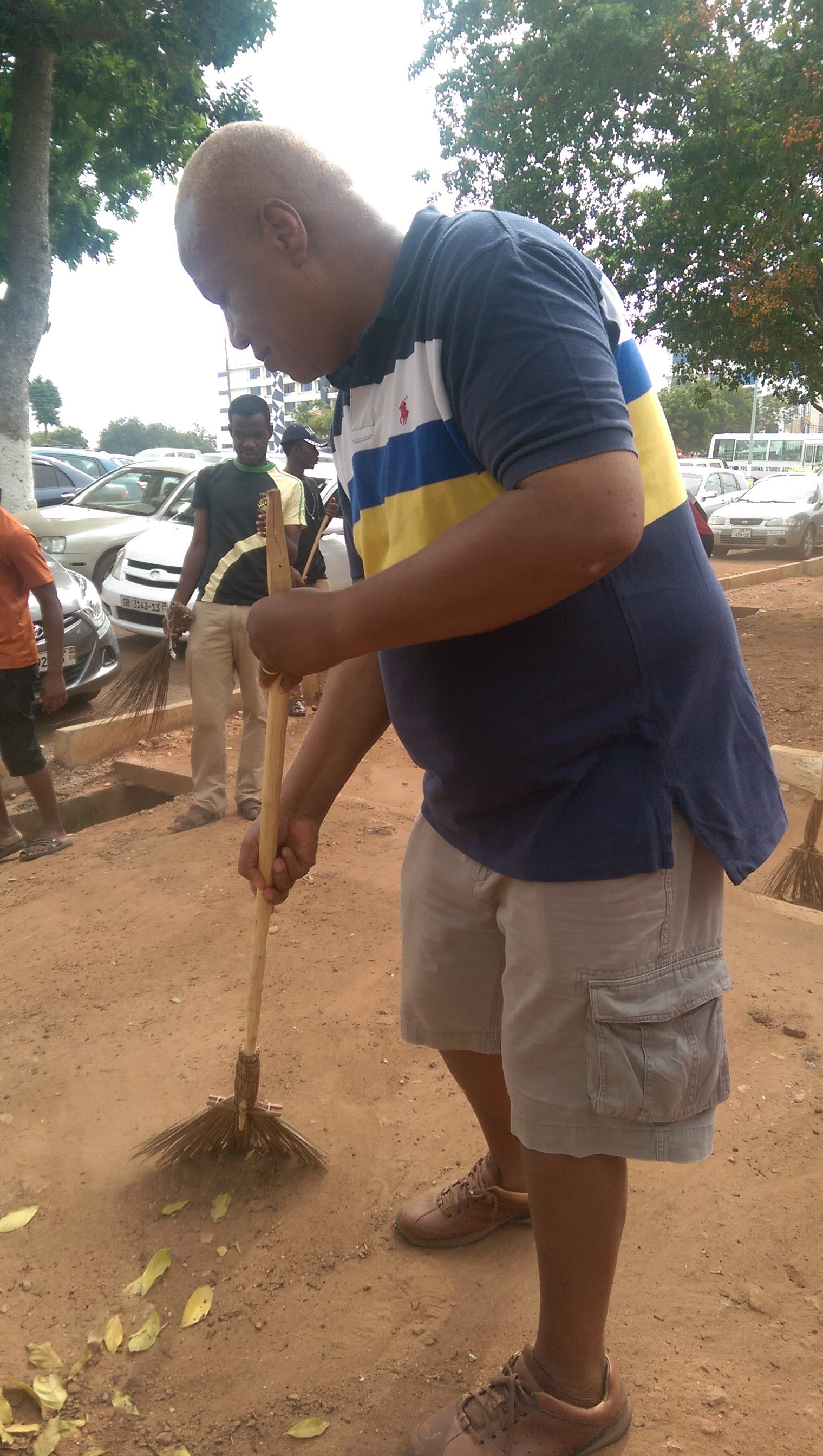 The Vice-Chancellor of the University of Professional Studies, Professor Joshua Alabi, on Saturday May 2, 2015, joined a group of students to clean the campus of the University in support of the monthly National Sanitation Day.?Speaking to journalists after the exercise which was organised by the Environment Club of UPSA, Prof Alabi said, ?We embarked on this exercise to endorse the national sanitation day. We all know that it is something that has come to stay. So we have decided to clean our community as our contribution towards making Ghana a clean place.?
?This was a move by the students and they have pushed us to accept it. In fact, I must congratulate them. We endorsed the sanitation day in our own offices, but we did not practicalise it. The students have now created the opportunity for us to practise our support for the exercise,? Prof. Alabi stated.
On whether he thinks the National Sanitation Day is making any impact, Prof. Alabi affirmed that ?Apart from the cleaning aspect of the exercise, even creating the awareness is enough. Sometimes we just think that cleaning is meant for government. But when the mosquitoes come, they bite you in your community and you get malaria. The mosquitoes and malaria do not know a rich or poor man, neither a politician nor a trader. So I think that the awareness is very important. The exercise is gradually catching up month by month and I am very confident that in the near future the whole country will fully embrace it.?
Mr. Richmond Arhin, Founder of the Environmental Club of UPSA noted in an interview with the media that they were motivated to become protectors of the environment
by the University?s motto, ?Scholarship with Professionalism?. According t Mr. Arhin, this means, ?we don?t just go out, but go out as a professional. Therefore as a University that is practicing environmental management, we must live with the environmental mindset; that is why we formed the Environmental Club of UPSA and believe in keeping our environment clean,? he stated.
He further indicated that although this is not their first time of observing the National Sanitation Day by cleaning the UPSA campus, ?this is the first time we have made it massive by getting the Vice-Chancellor involved,? he noted.