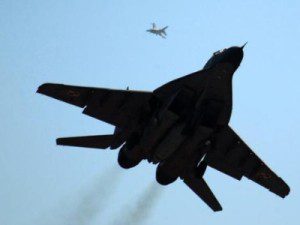 The alleged violation took place at around five pm local time (14 hrs GMT) south of the Aaland islands, located in the Baltic Sea between Finland and Sweden.

The Finnish Defence Ministry gave a press announcement at nine pm. “Usually we want to ascertain first what has happened,” said the ministry’s spokesman Max Arhippainen.

The ministry said the aircraft were flying towards the west and were of the type C17 transport aircraft. The suspected violation lasted for 15 minutes.

Arhippainen told the newspaper Helsingin Sanomat that he could not comment on the origin of the flight or their destination. He was also unwilling to say whether Finnish air force planes had taken off to identify the intruders.
Arhippainen said it was the second air space violation in Finland this year. In June a Russian transport Iljusin-76 entered Finnish airspace.

Local media noted that US aircraft violated Finnish borders earlier this decade. Most violators have been Russian, but aircraft of Sweden and Belgium have entered Finnish areas as well.

The Aaland islands are a demilitarized area. They are part of Finland and the Finnish Defence Forces have responsibility over their defence. The islands have a wide internal autonomy.

Recently there has been public debate in Finland about the defence capability of Finland in the event the islands come under attack. Enditem