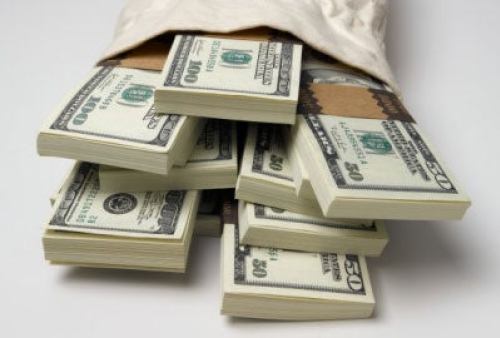 The US dollar is currently on the path of moving away from being a single reserve currency, and it will likely be competing with the BRICS currency system, Gary Korolev, CEO of the financial services firm Sovereign Wealth Management, told Sputnik.

“The trend is for the dollar to transition to a reserve currency instead of the reserve currency,” Korolev said. “The biggest nail in slowly closing coffin of US dollar currency reserve status is the sanctions on Russia and the confiscation and or freezing of Russian reserves. The counter argument is that the West has frozen Venezuelan as well as Iranian and Afghani reserves in the past, however those countries can always be thought of as marginal players and quite extreme, while Russia being one of the biggest economies and exporters in the world is more of a mainstream player.”

Korolev stressed that for a currency to be a reliable reserve, other sovereign nations have to feel safe that even if they disagree with the United States, their ability to transact and keep their savings in dollar denominated assets will not be threatened.

“After what has happened this year such a guarantee cannot be provided no matter what the US government says,” Korolev stated.

Korolev also said, although it may take years for the BRICS countries to produce a competing monetary system, technology has provided an opportunity to move faster.

“The Russian/Chinese proposal to back a new international reserve currency with a basket of currencies of its members is the most likely candidate to challenge the dollar,” Korolev said. “The end result is likely an equilibrium between the competing Western dollar system and BRICS currency system.”

When asked about the perspectives of trade in national currencies, for example ruble, Korolev said, “This is quite an inconvenient circumstance however necessity changes the equation where convenience takes second place to sovereign strategic interests.”

“When countries are forced into using this option it only facilitates and further enables technology and forms new habits of trading in currencies besides the dollar,” he added. “New businesses and experts are created, sub-industries emerge to facilitate such transactions. From this new petri dish of innovation will come the facilitation of new BRICS competitor to the US dollar.”

In July, American investment guru Jim Rogers told Sputnik that Recent actions by the United States, including confiscating other countries’ dollars, will accelerate the move away from the dollar.

Rogers believes the US dollar is “coming to an end as the top currency,” but it’s not going to happen right away.

Dmitry Medvedev, the deputy chair of Russia’s Security Council, in July called for switching to new payment methods, including the use of national currencies, and did not rule out the establishment of a new reserve currency of the BRICS states.

This year’s rally in the dollar – which is up 9% against a basket of six major currencies – has strengthened its standing as the world’s reserve currency, helping the Federal Reserve somewhat in its aim to fight the worst US inflation in 40 years. But central banks elsewhere are also trying to raise the value of their currencies to tame relentless inflation in their own backyards.

GEPA says PPAS can help eliminate dependence on the dollar

150 golfers to compete for ‘Golf for Water’ trophy

Over 300 kids expected to compete in HD+ Kids Armwrestling Championship

Black Hitters to compete at women’s boxing tournament in Poland