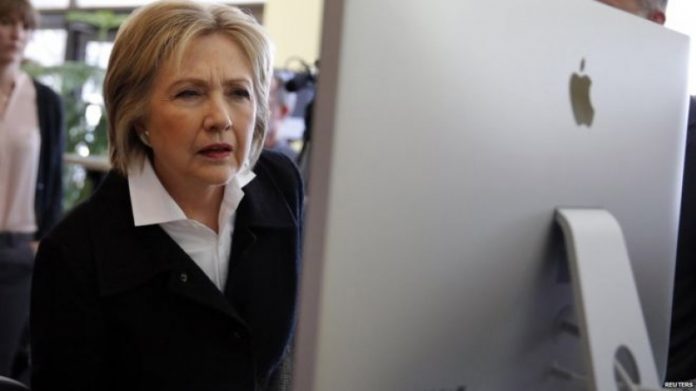 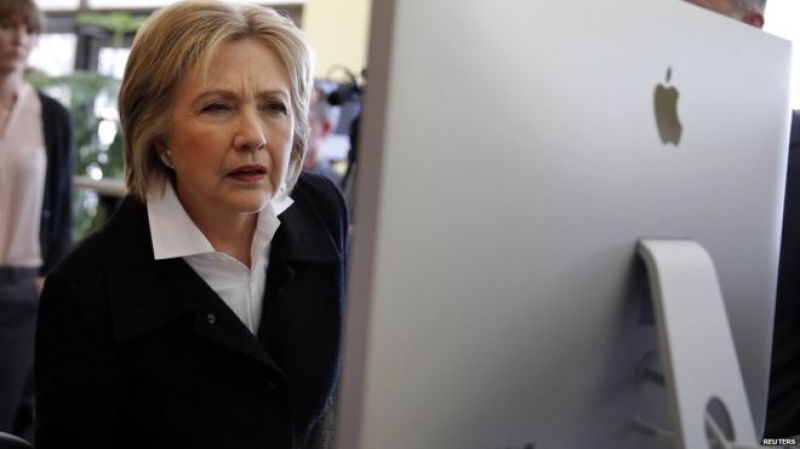 Hillary Clinton has urged the FBI to explain without delay why it is carrying out a new investigation into her use of emails.

Americans “deserve to get the full and complete facts immediately,” she said.

The FBI says it has new emails linked to her use of a private server when she was secretary of state.

Republican presidential rival Donald Trump said the move, announced 11 days before the election, was the “biggest political scandal since Watergate”.

The latest emails were discovered as part of a separate investigation into the estranged husband of top Clinton aide, Huma Abedin.

Devices belonging to her and Anthony Weiner, a former high-flying congressman, were seized in an investigation into whether he sent sexually explicit emails to a 15-year-old girl in North Carolina.

The discovery of the new emails was revealed by FBI director James Comey in a letter to Congress on Friday.

Mr Comey said while he did not yet know the significance of the findings, the FBI would investigate if any of the emails contained classified information.

Democrat presidential candidate Mrs Clinton said she was “confident” the investigation into the emails would not change the FBI’s original finding in July.

The FBI decided she should not be prosecuted for her use of a private email server as secretary of state – a position she held between 2009 and 2013.

“It’s imperative that the bureau explain this issue in question, whatever it is, without any delay,” she told reporters on the campaign trail in Des Moines, Iowa, on Friday.

A senior media adviser on her campaign, James Rubin, told the BBC on Saturday that “when this is all over, this is going to be a gigantic tempest in a teapot”.

He also suggested the FBI decided to send the letter now to prevent it being criticised by the Republicans after the election.

For his part, Donald Trump told a crowd of supporters at a rally in Iowa: “It’s everybody’s hope that justice at last can be delivered.”

“The FBI would never have reopened this case at this time unless it were a most egregious criminal offence.”

He compared the latest development to that of the 1970s Watergate scandal that engulfed then-Republican President Richard Nixon.