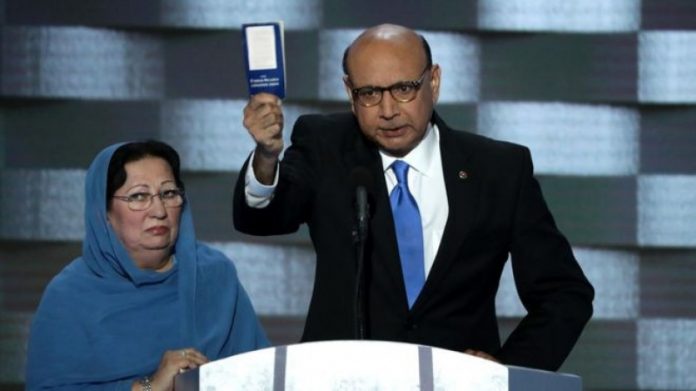 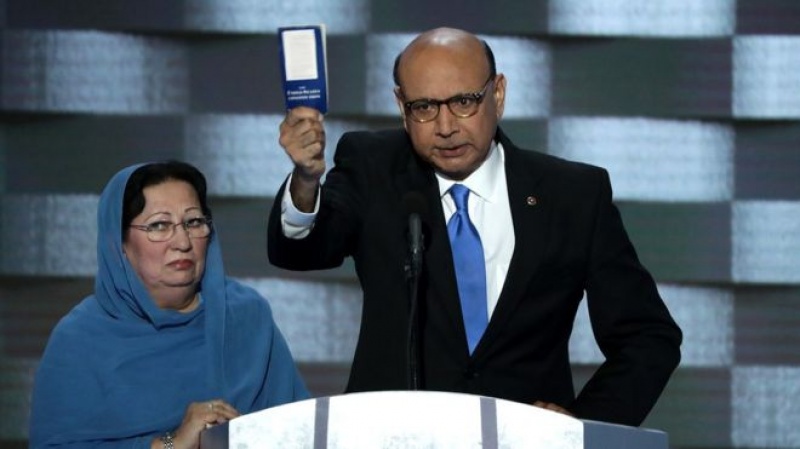 Republican Donald Trump has been criticised by the family of a dead Muslim soldier after saying as president he would have kept him alive.

“Had I been president, Captain Khan would be alive today. We wouldn’t have been in this horrible, horrible mistake, the war in Iraq,” he said.

The soldier’s father, Khizr Khan, said it was a “cruel” remark.

He is campaigning for Hillary Clinton, who is making her first appearance with First Lady Michelle Obama.

The two shared a stage at Winston-Salem in North Carolina.

Introducing Mrs Obama, the former first lady said her voice was needed in this election “more than ever”.

Mrs Clinton referred to Mr Trump’s ongoing feud with the Khans and accused him of “rubbing salt into the wounds of a grieving family”.

Their grief became part of the presidential campaign in July when Khizr Khan made an emotional speech at the Democratic Convention attacking Mr Trump for anti-Muslim rhetoric, as his wife stood next to him.

The Republican candidate’s reaction, in which he implied the mother was not allowed to speak up, attracted strong condemnation from within his own party.

Speaking to ABC News in an interview aired on Thursday, Mr Trump repeated his insistence that their son would be alive, but added he believed the soldier was a “great hero”.

In response, Mr Khan said: “This is the most cruel thing you can say to grieving parents, that if I was there this would not have happened.”

In other campaign developments:

Mr Trump complained again about media bias, saying it was “the greatest pile-on in American history”
Texas Senator Ted Cruz has said Republicans may decline to fill the vacancy on the bench of the Supreme Court
Voting problems in Texas have been reported on social media but put down to human error by officials
A former Republican congressman has said he will take up arms if Mrs Clinton wins

He later said he was speaking metaphorically about “acts of civil disobedience”.

The Trump campaign has seized on the latest dump to suggest the line between Bill Clinton’s personal income and the donations for the Clinton Foundation has been blurred.

Doug Band, a top aide to Mr Clinton, said in an email that he had solicited donations to the foundation and also generated personal income for him through gifts and paid speeches.