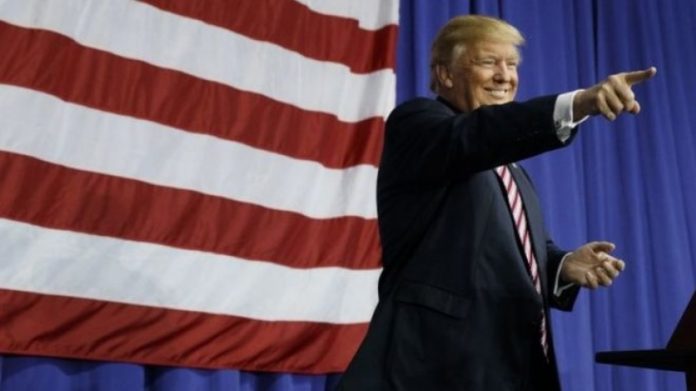 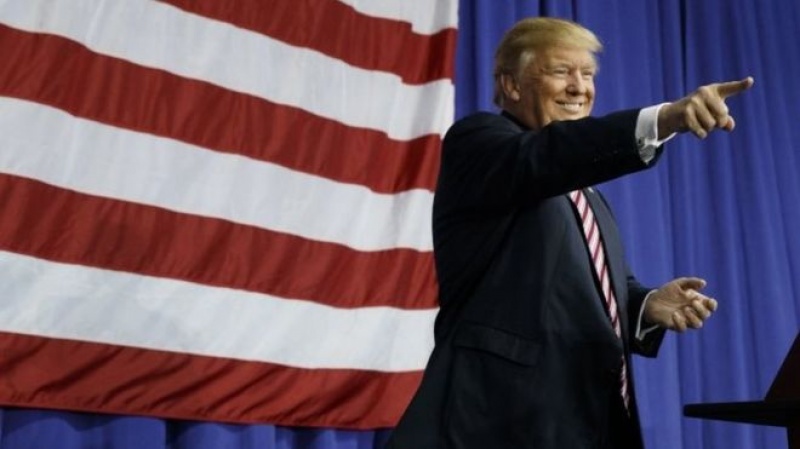 Republican presidential nominee Donald Trump has said he will accept the results of the US election “if I win”.
He added that he would accept a “clear” result – but reserved the right to challenge a “questionable” result.

He appeared at a rally in Delaware, Ohio, speaking for the first time since the third televised debate with Democratic opponent Hillary Clinton.
Mr Trump has been heavily criticised for suggesting that he might not accept the election result.

Polls suggest Mrs Clinton is ahead nationally and in key battleground states.

When moderator Chris Wallace asked Mr Trump during Wednesday night’s debate if he would accept losing to Mrs Clinton, Mr Trump said he would “keep you in suspense”.

Mr Trump’s campaign manager, Kellyanne Conway, later insisted that the candidate had meant he would not concede until the “results are actually known”.

The remark, which drew anger from some Republicans, is part of Mr Trump’s repeated claim that the election is “rigged” against him.

Mr Trump told the Ohio audience that the election was posing questions about “the fairness of our country”.
“I would like to promise and pledge to all of my voters and supporters and to all of the people of the United States, that I will totally accept the results of this great and historic presidential election – if I win,” he said, grinning.

He also said: “I will accept a clear election result, but I will also reserve my right to contest and file a legal challenge in the case of a questionable result.”

Mr McCain, who lost to Barack Obama eight years ago, said: “I didn’t like the outcome of the 2008 election. But I had a duty to concede, and I did so without reluctance.

“A concession isn’t just an exercise in graciousness. It is an act of respect for the will of the American people, a respect that is every American leader’s first responsibility.”
‘Lock her up’
At the Ohio rally, Mr Trump also reiterated a claim he made during the debate against Mrs Clinton and President Obama, who he said were responsible for inciting violence at a Chicago rally earlier this year.

The crowd erupted into cheers of: “Lock her up!”

Mr Trump has trailed Mrs Clinton in the polls after facing damaging fallout over a video that emerged of him making obscene remarks about groping women.

When asked to address the allegations made against him by several women in the wake of the video, Mr Trump said the claims had been “largely debunked”.

The two candidates are scheduled to appear at a charity dinner on Thursday night in New York.