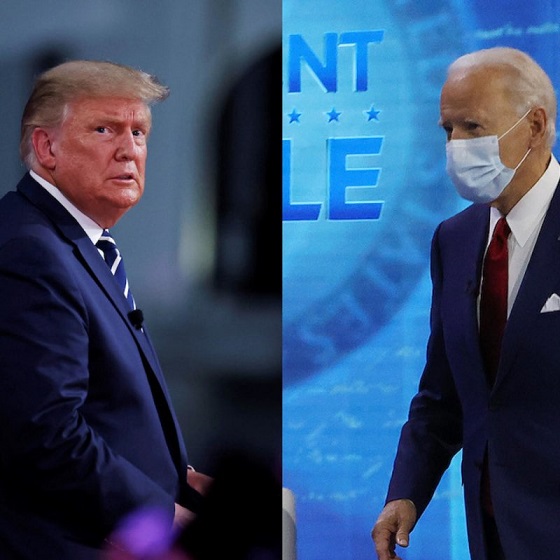 Republicans in the United States pledged to pursue their legal challenges in key battleground states on Thursday, as the Democratic nominee for president, Joe Biden, inched closer to winning the White House.

“We support the voters that stood hours in line that feel like they’re being disenfranchised by votes being found in the middle of the night,” said Republican National Committee Chair Rona McDaniel to Fox News.

Republicans have filed lawsuits in Pennsylvania, Michigan, and Georgia, and have asked for a vote re-count in Wisconsin. They say that mail-in ballots that arrived after the state deadlines are being counted anyway, and that Republican poll watchers are being shut out.

It is unclear whether these lawsuits will have the desired effect of having some mail-in ballots disqualified.
US voters are expecting updates on Thursday in the handful of states still in play in the hope of getting a decisive result on whether Trump or Biden had won.

Biden has a lead in the race and has multiple pathways to victory, while Trump is in a tighter spot.
All eyes will be on Nevada, Georgia and Pennsylvania to see if any are solid enough to be called for a candidate.

If Biden can hold a lead in Arizona, which is also set to report more results, any other state coming in for him will likely push his campaign over the line.

The election has been a nail-biter, with the Democrats having failed to deliver the repudiation of Trump that they had promised.

Trump does not appear ready to concede the election, as he has even claimed victory in states that are still up-in-the-air and even Michigan, one that clearly went for Biden. It is highly unusual for a candidate to make such a move.

Several of Trump’s posts on Twitter and Facebook have been affixed with warning messages, including ones claiming “fraud” without proof, amid concerns they were designed to spread misinformation.

A candidate wins the White House by securing 270 electoral votes. Each state in the union gets a number of Electoral College votes based on population.

Biden Administration Has Nothing Particularly New or Different on Taiwan Policy