The Management of National Folklore Board has called on the public to seek permission from the Board, when using the country’s folklore outside the customary context and for commercial purposes.

A statement issued in Accra by Nana Adjoa Adobea Asante, the Acting Director, said this include any other form of literary, artistic and scientific expressions belonging to the cultural heritage of the country, which were created, perverse and developed by ethnic communities or by an unidentified Ghanaian author.

It said the usage of the country’s folklore by foreign interests had seen a sharp rise over the past years but unfortunately persons, both individuals and corporate, who have employed the folklore for their benefits have done so without permission from the Board.

“It is important to note that personal use of folklore and or use within the customary context do not enquire permission from the Board,” it added.

The statement said per section 44 of the Copyright Act, 2005 (Act 690), a person who sells, offers or exposes for sale or distributes a work of folklore without permission from the Board commits an offence and is liable upon summary conviction to a maximum fine of 1000 penalty units equivalent to GH¢12,000.00 and or imprisonment for maximum of three years.

“Section 64 of Act 690 requires a person, who intended to use folklore other than as permitted by section 19 of the Act, to apply to the Board for permission at a fee determined by the Board,” it said.

It said in order to avoid being on the wrong side of the law, the Board, mandated by law to protect and promote the country’s folklore for or on behalf of the President entreats all commercial users of the country’s expressions of folklore to send a written request to the Board in order to be given the requisite permission.

It said in as much as the law required the payment of fees for the country’s folklore outside the customary context, the Board emphatically states that the enforcement of the law on folklore was an opportunity for Ghanaians to protect their folklore from inappropriate usages and against the denigration of symbols and culture.

The statement urged corporate institutions and other stakeholders to invest in the protection and promotion of the country’s folklore through the engagement of the services of Ghanaian creative artists and also through various usages including Company Logo, cultural representation in advertisements and general corporate branding to create jobs and boost the economy.

It commended the 22 Companies, who have been complying with the requirement of seeking permission for the use of folklore outside the customary context.

It assured the public of the Board’s commitment to ensure that the country’s folklore was well protected and promoted for the benefit of the good people Ghana. 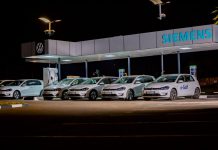 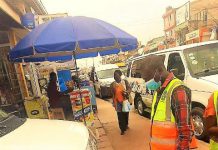