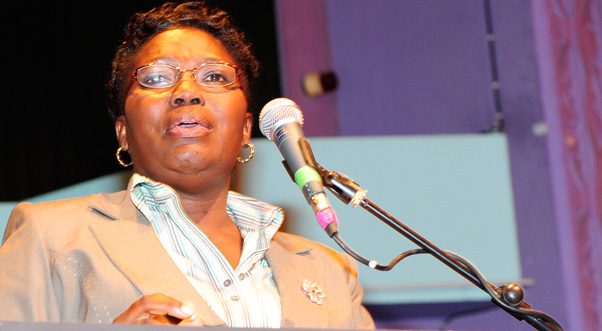 Clause 40 (2) of the Bill provides that the Electoral Commission may use the information contained in the register to compile, maintain, revise and update the voter?s register.

However some legislators opposed the provision, saying it would bar Ugandans who did not participate in the national ID registration exercise from voting.

The MPs also noted that the provision contradicts the Election Act which calls for application to vote by Ugandans aged 18 years and above.

?The Act provides that any citizen who clocks 18 years shall apply to vote but this provision leaves no option,? said Butambala MP Muwanga Kivumbi.

?There are many Ugandans who did not register for national IDs, so using this data means many will be left out.?

?Get rid of aliens?

Cecilia Ogwal, the woman representative for Dokolo district, also weighed in on the debate.

?We should respect the Constitution; there is no reason why the Electoral Commission is being singled out to use this data. Why not other government agencies??

The lawmakers in favor of the provision however challenged fellow MPs to mind less about the clause, arguing that it is harmless since it is not mandatory for EC to use the information.

On her part, Sheema district MP Rosemary Nyakikongoro said: ?Why are you people scared about this provision? It is not going to stop EC from doing its work. This provision will help us get rid of aliens who have been voting illegally and also reduce on the budget?.

The MPs were considering the Bill which is currently at committee stage.

Speaker Rebecca Kadaga however differed voting on the clause. The House is expected to conclude on the clause later on Thursday.