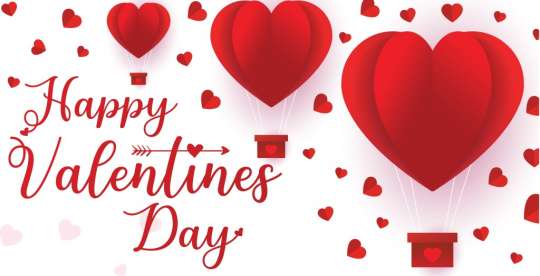 The immediate picture that catches the attention of buyers and passers-by to most markets and shopping malls as well as wayside shops in Accra are the unusual display of decorated red Valentine’s Day paraphernalia.

She said some customers requested for surprise deliveries, “which I do. I package and deliver to them as part of my services. I am always sales-oriented in this love season, since it contribute a lot to my sales and I will advise other traders to get involved in the Valentines paraphernalia sales”.

Madam Tetteh said she wanted to make the product readily available to customers when the need arose.

Another trader, Madam Zenatu Abubakr, said the sale of the items were really good, adding that, she was surprised at the high level of preparedness people were showing for the upcoming celebration.

She said as compared to last year’s sales, this year was a bit higher and was confident that, by the end of the celebration, all of her items would have been sold out.

“All that I want to achieve is to make the items available to people who want to gift items to friends and loved one. When the season is over, I will go back to what I sell,” she said.

Speaking with Madam Yaa Adoma, a gift shop owner at Dansoman, she expressed her satisfaction about the high sales of Valentines paraphernalia at her shop.

She express the belief that customers will make high patronage of the gift, since she had been into the selling of gift items for a long time and also at where her shop is located.

“I would like to urge the public to consider the Valentine Day celebration as an important day, so we should desist from acts that would jeopardize the day, but rather celebrate it in a loving and decent way,” she said.

Mr. Collins Aryeetey, Pharmacist, Ebenezer Chemist, said for some years now, the youth did not rush for condoms, as was done in the past.

He said some youth these days were on family planning contraceptives giving them a leeway to have safe sex.

He added that, this week, the sale of contraceptives were rather on the rise especially the emergency pills as compared to condoms.

It originated as a Western Christian feast day honouring one or two early saints named Valentinus.

The day is recognised as a significant cultural, religious, and commercial celebration of romance and romantic love in many regions around the world.

The celebration is mostly characterised by the wearing of red clothes by celebrants.

In Ghana, the day is also designated as the National Chocolate Day, purposely for the eating of chocolate made in Ghana from Ghana’s Cocoa as part of efforts to promote made in Ghana goods.

The day is packed with several activities championed by the Ghana Tourism Authority (GTA).