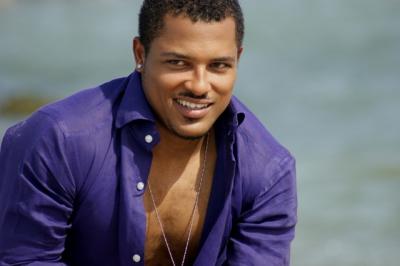 Ghanaian celebrated actor , Van Vicker, After many years in the movie industry has finally gotten the opportunity to star in his first Hollywood movie titled ?Skinned? with Hollywood actress /Director , Lisa Raye McCoy.

Sharing his first time Hollywood shooting experience, he said. ?the experience, is not very different from other shoots, but i must say, Raye and Avery Williams (Director and co-director) changed my whole perspective as an actor and a director.?

?They were so professional it?s almost a crime but yet so warm and friendly. we had fun and we nailed it? Van stated amidst laughter?.

Comparing the Ghanaian film industry to Hollywood, he said that the major difference in shooting in Hollywood and shooting in West-Africa is that, with Hollywood filming, there is a state of professionalism and everyone on the set knows their jurisdiction and takes full responsibility.

As to Gollywood film industry will ever get to the standard of Hollywood, he said that the Ghanaian film industry is not ignorant but rather, he?s glad that a number of actors and producers are getting exposed to international shoots and they can bring to bear, experiences which is going to let them know better and also do better.

Mr Van Vicker said that the standards of movie- making in Ghana have not fallen because the rate, rather , he thinks it has to do with the purchasing power.

?it seems the masses purchase more of the local films in Ghana, than the English ones , but outside Ghana, the English films are doing well, it is a matter of time and hard work? he professed.

Lisa raye is best known for portraying Diana ?Diamond? Armstrong in the film The Players Club, Neesee James on the CW sitcom All of Us from 2003 until 2007 and Keisha Greene in the VH1 romantic comedy series Single Ladies which originally aired from 2011-2014.

I am better prepared for films in Hollywood – Princess Shyngle