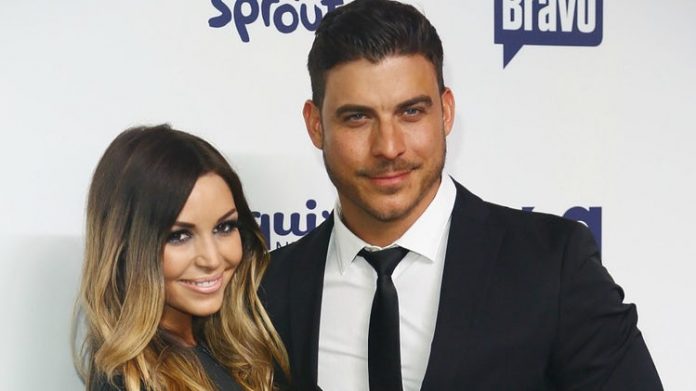 Scheana, 32, and her ex-husband, Mike Shay, finalized their divorce in April, the same month she revealed that she was dating Robert. At the time, Scheana argued that she and Robert had dated each other 10 years earlier.

Jax, 38, thinks Scheana is moving way too fast. “She’s fresh off of a divorce,” Jax tells Life & Style. “I mean, the ink is barely dry on her paperwork right now.”

“I think she needs to enjoy being in a relationship,” he says, “and tone down the flaunting of it all.”

Jax doesn’t care for Scheana posting her new romance all over social media. “She needs to keep some of that to herself,” he tells Life & Style.

But Jax’s girlfriend and Vanderpump Rules Jax and Brittany Take Kentucky co-star, Brittany Cartwright, 28, disagrees. “This is where he and I see differently,” she tells Life & Style, “because I’m just glad she’s happy.”