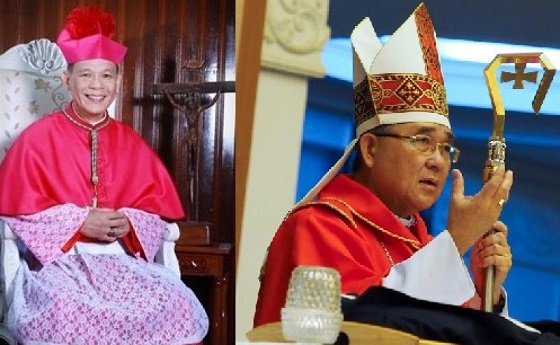 Two out of the 13 new cardinals set to be appointed by Pope Francis on Saturday will miss the ceremony due to the coronavirus pandemic, the Vatican said Monday.

The Apostolic Vicar of Brunei, Cornelius Sim, and the Archbishop of Capiz in the Philippines, Jose Fuerte Advincula, will not be present “due to the current health situation,” a statement said.

The two Asian prelates will still be appointed along with the other 11 nominees, but they will be given their cardinal’s red hat and ring at a later stage by a papal representative.

Francis was scheduled to lead the ceremony to create new cardinals – called a consistory – in St Paul’s Basilica on November 28, in front of a reduced audience.

Existing cardinals and around 100 guests are invited. The Vatican said cardinals unable to attend would be able to follow proceedings via videolink.

One of the most notable new cardinals is Washington Archbishop Wilton Gregory, set to become the first black US prelate to be admitted into the ranks of the so-called Princes of the Church.

The main role cardinals have in the Church is to elect popes in a conclave, a closed-door summit. Only those aged under 80 can take part, and nine of the new appointees meet this requirement.