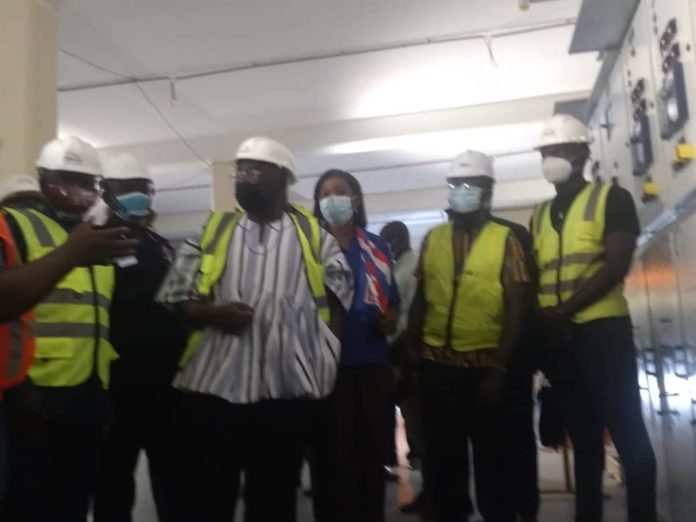 The US$50 million Ghana Power Compact is being funded by the United States Government through its Agency, the Millennium Challenge Corporation (MCC).

The Project, being executed by the Millennium Development Authority (MiDA), upon completion, would directly benefit about 300,000 power consumers in the catchment communities including Kwabenya, Anyah, Nsawam and Ofankor.

Mr Patrick Oppong, the BSP Project Manager, briefed the Vice President and his entourage on the progress of work.

Vice President Bawumia visited the project site as part of a working tour of the Greater Accra Region.

The Pokuase BSP, the fourth Bulk Supply Point in Accra, is designated as A4BSP, and its associated 33 kilovolt and 11 kilovolt interconnecting lines intended to address power supply challenges including frequent outages and low voltages, resulting from increased power demand in Accra and the surrounding communities.

The Project would also lead to a significant reduction in technical losses in the GRIDCo transmission system and the ECG power distribution, which would contribute to improving the financial viability of the utilities.

The Pokuase BSP is the first 330kV in Accra and the largest in the country when completed.

The Project would be developed under the existing 330kV Aboadze-Volta-Lome Transmission line at Pokuase.

The contractor for the project is Elecnor S.A. of Spain with SMEC International PTY Ltd. as the Project Engineers.