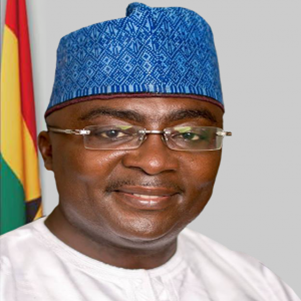 The Vice President Dr Mahamudu Bawumia has provided financial assistance to the Bono Regional Secretariat of the New Patriotic Party (NPP), ahead of the party’s constituency Annual Delegate’s Conference, scheduled for Thursday, August 26 to Sunday, August 29, this year.

“The support will help ease the burden of the 12 Constituencies in the Region, as the party prepares for a resounding victory in Election 2024,” a statement issued and signed by Mr Seth Asare Bediako, the Bono Regional Communications Director of the NPP said.

A copy of the statement made available to the Ghana News Agency (GNA) in Sunyani on Wednesday said the conference would discuss pertinent issues relating to Election 2024 and strategize to widen the party’s votes in the general election.

It said further discussions would also centre on identifying and addressing peculiar challenges that confronted the party in the 2020 general election.

“The conference is under Article 7(27) and Article 9(25) of the NPP’s constitution which states here shall be Constituency and Regional Annual Delegates Conference respectively as communicated by the General Secretary of the party, Mr John Boadu”, the statement explained.

“The party in the region is highly impressed by the overwhelming generosity shown by his Excellency the Vice President in this regard and we assured him the money would be used judiciously to get its optimum benefit”, it added.