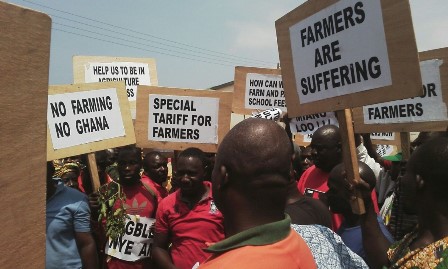 The farmers, mostly men, depend on electricity to power their irrigation pumps. 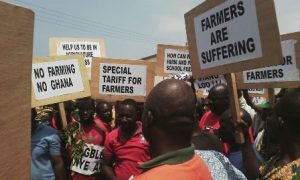 They said they were unable to pay electricity bills, which had shot up from GHC120 to GHC700 a month and called for a special tariff regime to avert the collapse of the sector.

A similar protest was staged by vegetable farmers at Keta in June, this year.

Robert Kukpawu, Secretary, Ketu-South Vegetable Farmers Association, said some members of the Association have abandoned their farms due to high electricity bills, with only a few producing all year round to feed the nation.

The aggrieved farmers marched through the principal streets of the municipality with placards some of which read, “the bills are too much”, “we need special tariffs now.”