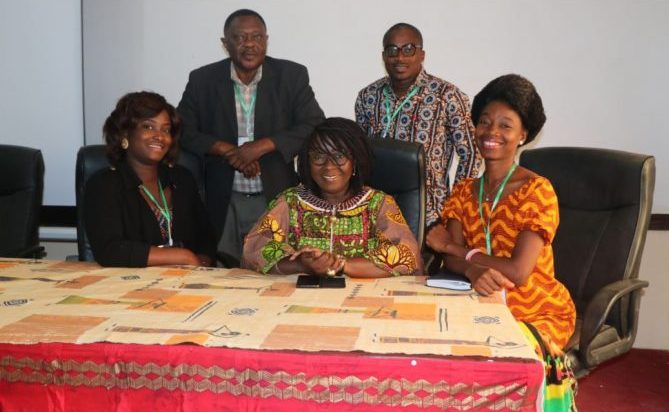 To foster African integration through the development and promotion of the use of African languages, the African Academy of Languages (ACALAN) has embarked on the formation of Vehicular Cross-Border Language Commissions.

The Commissions are to aid in the development and promotion of some African languages, including the Ewe language.

ACALAN, which is a specialised institution of the African Union mandated to develop and promote African languages, in collaboration with the Regional Economic Communities and the Member States of the African Union, organised a series of conferences in the various economic regions of Africa on the theme: “National Policies: the Role of Cross-border Languages and the Place of Lesser-Used Languages”.

A Synthesis Conference that followed, held in Addis-Ababa at the headquarters of the African Union from 5th to 7th February, 2009, validated the recommendations of the regional conferences by identifying 41 vehicular cross-border languages on which ACALAN should concentrate.

Out of the forty-one (41) languages, twelve (12) were selected to establish Vehicular Cross-border Language Commissions to coordinate ACALAN’s language development programmes at the grass-root.

In accordance with the recommendations of the Synthesis Conference, a four day operational and planning workshop was held in Niamey, Niger from 26th to 29th March, 2018 during which ACALAN established the Ewe, Songhay and Soninke Vehicular Cross-Border Language Commissions in addition to its 15 already existing language commissions.

Some of the tasks of the Ewe Vehicular Cross-Border language Commission include the harmonisation of orthography, popularisation of agreed orthography through publications and orthographic manuals as well as other texts, terminology creation particularly in the areas of science and technology, and the development of strategies for the use of the languages in official domains.

Others are the development and application of human language technology and Information Communication Technology with regard to the language, to carry out awareness campaigns in order to promote favourable attitudes towards the languages, to campaign for the use of the language as a working language in some public domains and to sensitise government and policy-makers on the need for language empowerment and promotion.