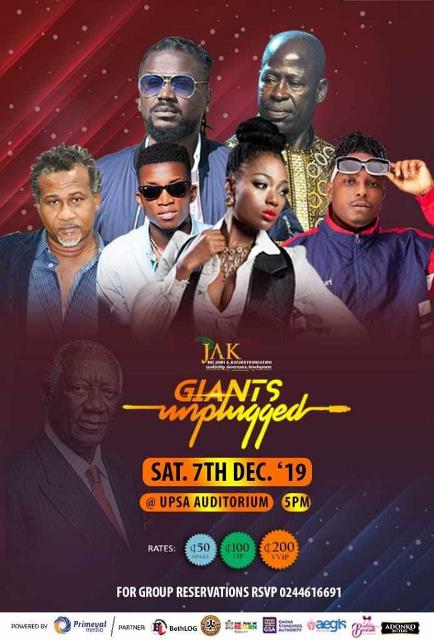 The maiden edition of the “Giants Unplugged” charity musical concert scheduled to be held at the Fantasy Dome, Trade Fair has now been moved to University of Professional Studies Accra (UPSA) Auditorium.

The concert slated for Saturday, December 7, 2019 would witness top Ghanaian musicians perform as part of celebrations marking 81st birthday of the former President of the Republic, His Excellency John Agyekum Kufuor.

Proceeds from the concert would be channeled towards the construction of the ultra-modern Kufuor Centre for Leadership and Governance at the University of Ghana and also support the Kufuor Scholars Programme (KSP).

President commissions an auditorium for KPCE