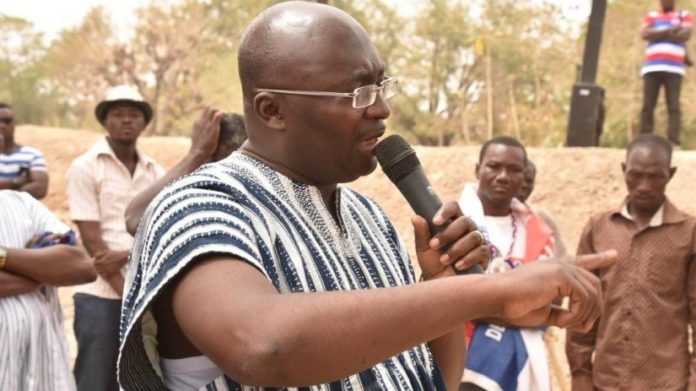 Vice President Dr Mahamudu Bawumia has paid a working visit to the Tono Irrigation Project in the Kassena-Nankana Municipality of the Upper East Region to inspect the progress of rehabilitation works.

Two weeks of torrential rainfall in October 2019 washed away parts of the Tono Irrigation facility including the retaining walls, the spillway, the dam floor and the embankment causing the water to overflow the laterals and canals.

The spilt water submerged about 850 hectares of rice and vegetable farms in the area.

Dr Bawumia on a tour to the area last year promised that government would fix the problem and repair the damage.

The Tono Irrigation project, which was constructed by the government in 1985 to promote agriculture production in the area and its environs, had not been rehabilitated, making the facility to operate below capacity.

The rehabilitation of the Multipurpose Tono Irrigation Project at a cost of about $30 million started in 2018 and would be completed in 2021.

The project, which has funding support from the World Bank and United States Agency for International Development (USAID), was awarded to Top International Engineering Cooperation, (TIEC), a Chinese construction firm.

The project when completed would not only boost agriculture production in the Kassena-Nankana and Builsa communities but is expected to feed the new water treatment plant under construction at Tono which when completed would supply treated water to Navrongo, Paga, Zuarungu, Bolgatanga and environs by the Ghana Water Company Limited

He said the contractor would move back to the site when the water receded.

Mr Bagina said that about 400,000 farmers directly benefited from the Tono Irrigation Project.

“The contractor has been on the ground working to try and protect the control structure itself before any spillage, he was able to achieve that to some extent and spillage started about five days ago and when the water level recedes he will resume work to complete it.”

The Vice President, who is on a two-day tour of the region, charged the contractor to ensure that the quality of work stood the test of time to protect the dam from being damaged.