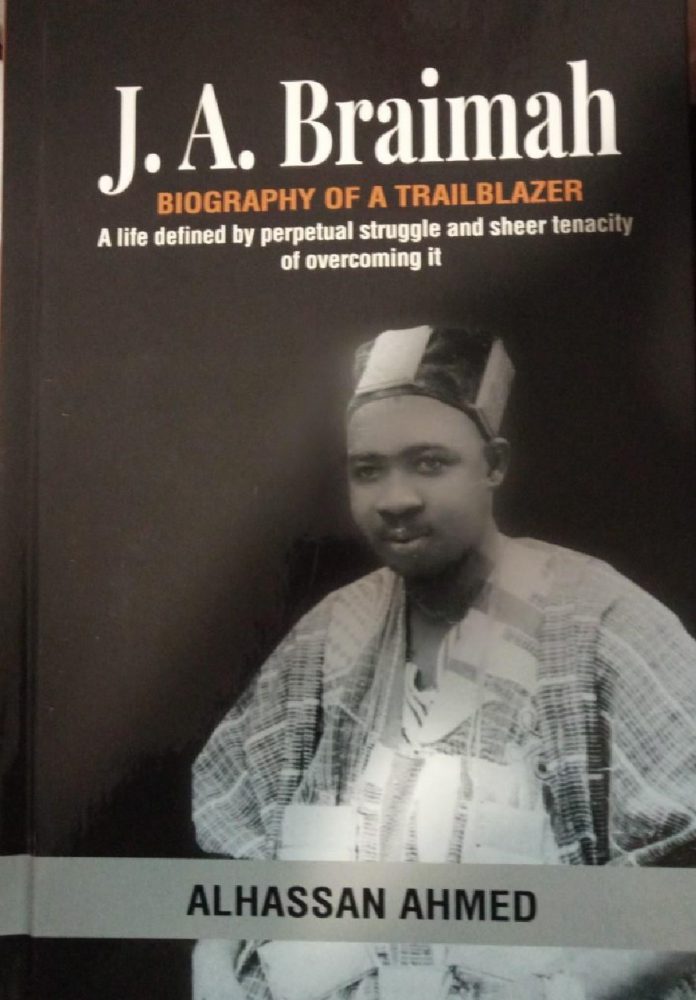 A biography of the late Joseph Adams (JA) Braimah dubbed, “JA Braimah: Biography of a Trailblazer,” authored by Alhassan Ahmed has been launched by Vice President Dr Mahamudu Bawumia.

The national launch of the book, published by Digibooks Gh Limited, which took place in Accra, was chaired by Mr Yaw Osafo Maafo, Senior Adviser to the President.

It was attended by the family of the late JA Braimah, traditional rulers of Gonjaland, academics, leading figures of the ruling New Patriotic Party (NPP) and the main opposition National Democratic Congress (NDC) as well as people from all walks of life.

The well researched 368-paged book is not just biography of the first-ever Member of Parliament and Cabinet Minister from Northern Ghana, but a packed chronicle of the stormy political period of the pre-independent and immediate post-independent Ghana, narrated through the lens of a man in whose soul the development of Ghana and Northern Ghana in particular, burns.

It highlights the slow but momentous inclusion of Northern Ghana in the affairs of the Gold Coast.

As a Chief, the book captures JA Braimah’s bumpy journey through the chieftaincy line of succession, as well as very fascinating Gonja history, with a focus on the Kpembe Traditional Area.

Bimbaliwura Hamid Baba Braimah, the Head of the JA Braimah Family and his 38th Son, on behalf of the Family, thanked the author for the honour done their late father.

Mr Osafo Maafo commended the author for producing a brilliant biography of JA Braimah through a very extensive research.

He said JA Braimah’s life was a life defined by perpetual struggling and sheer tenacity of purpose of overcoming.

“JA Braimah was one of the first three Members of Parliament from the Norther Region (Territory). Indeed, he was the first Minister from the northern part of Ghana, so, if we are talking about politicians, who matter in this land, we cannot do without mentioning JA Braimah,” the Senior Presidential Adviser stated.

He recalled that JA Braimah was removed as a lower traditional ruler in Gonjaland but he came back later to become the Yagbonwura (Overlord of Gonjaland).

This, he said was a mark of patience, perseverance, tenacity of purpose and integrity.

Mr John Boadu, General Secretary of the NPP, said the giant “Founding Fathers’ of their political tradition such as JA Braimah, Simon Diedong Dombo, Joseph Boakye Danquah, Emmanuel Obetsebi-Lamptey and William Ofori Atta, stood for the rule of law, good governance, free market and property owning democracy, freedom and liberty of the Ghanaian and sacrifices for the collective good.

Lepowura Alhaji MND Jawula described the late JA Braimah as a man, who was humble, patient but at the same time would speak his mind thoroughly without worrying at all at whatever he said.

Mr Ahmed, the author of the book, said the biography of JA Braimah was the outcome of nearly three years of research.

He expressed gratitude to all who contributed in diverse ways towards the publication of the book, namely Mr Salifu Adam Braimah, former Member of Parliament for Salaga South, who doubles as the Savanah Regional Minister and one of the late JA Braimah’s sons, and the Lepowura Alhaji MND Jawula.