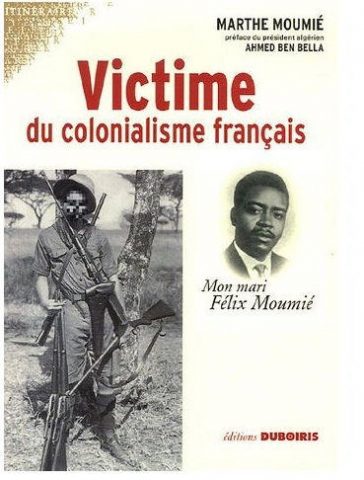 Teachers throughout the West African state of Cameroon have been striking and protesting against the non-payment of salaries.

Younger educators who have begun their work within the last seven years are claiming they have never received a paycheck.

A special meeting convened by top governmental officials during late March agreed to establish a task force to address the issue. However, educators will not be satisfied until they are paid in full for their services.

The meeting of government officials and representatives of the teachers union released what was said to be a joint communique on March 29. The cabinet ministers present agreed to move as quickly as possible in resolving the problems.

According to the statement released at the conclusion of the talks, the prime minister’s office said: “After frank and fruitful discussions which helped to explore the current situation, the participants agreed on the following points: (1). the rapid and integral financial absorption of all teachers concerned as from the month of April 2017; (2) the setting up of a consultative platform bringing together representatives of Government departments involved in the processing of teachers’ absorption files and those of the “Collectif des Enseignants Indignés du Cameroun” to: (i) accurately determine the number of teachers effectively concerned; (ii) propose lasting solutions to the late processing of files observed; (ii) prepare a plan for the settlement of arrears owed the teachers concerned; and (iv) define ways of rapidly taking charge of allowances and other bonuses.”

These labor problems which began in the two former British colonial provinces of the country have now spread to the eight French-speaking areas. A march and rally in the capital of Yaounde on March 28 outside the Ministry of Finance involved hundreds of primary and secondary teachers many of whom were carrying placards saying “no pay, no work.”

Just the day before on March 27, teachers refused to end their strike at the urging of the government. The Ministry of Secondary Education human resources director Moussa Djafarou told the media that some 11,000 authenticated personnel files from the educators had been compiled and forwarded to the Ministry of Finance for processing.

Reports indicate that up to 20,000 teachers are impacted by the non-payment of salaries out of a total of approximately 80,000 educators. Those affected appear to be people who have graduated over the last several years and entered the profession.

The protesting teachers attribute administrative disarray for their plight. They say that repeatedly the Ministries of Education and Finance have failed to carry out its duties.

Rogers Kiven, a 27-year-old educator, traveled to Yaounde from Mokollo located on the border with Nigeria. Kiven was quoted in a Voice of America report saying he had not received one pay check since starting his career four years ago.

The young teacher emphasized that: “We discovered that two years, three years, four years after that we still have not [received] a franc. We communicated [with] our minister and he communicated with his colleague from finance. From those communications, we were able to deduce that our moneys were with the minister of finance. Inasmuch as we are not paid, we are not going to leave this place.” (VOA, March 28)

Another teacher, 30-year-old Zudom Calvin, noted that this was not the first time governmental officials had promised to pay the arrears of their salaries. Calvin said: “They ask us to compile documents and even when we compile those documents, sometimes they get lost. So we do not want that system to go on like that. He [the finance minister] must pay us.” (VOA)

Colonial Origins of the Unresolved National Question in Cameroon

The plight of teachers across Cameroon first surfaced within the context of the problems in the areas that were previously dominated by British imperialism. Since independence in 1960 the divisions fostered by the partitioning of the country between France and England in 1919 has never been fully resolved. Although officially Cameroon is not a so-called “francophone state” those residing in the former British colonial regions of the northwest and southwest assert that their rights are routinely violated in the legal and educational sectors.

For six months unrest has spread in the English-speaking areas. Lawyers went on strike complaining about the imposition of French-speaking administrative judges in their courtrooms making their work almost impossible. This discontent spread into the school system triggering a strike among educators in the latter months of 2016.

All of modern-day Cameroon and other neighboring territories including areas within Togo were initially colonized by Germany on July 5, 1884 even prior to the Berlin West Africa Conference of 1884-85 where the imperialist states divided the continent based upon their own economic and political interests. The German colonial authorities instituted a system of forced labor used to build the railroads throughout the country.

Germany maintained colonies in Southwest Africa, East Africa in Tanganyika and in West Africa where tens of thousands of Africans were subjected to genocidal policies of slave labor, systematic beatings and starvation. These brutal acts also resulted in widespread deaths in Cameroon and Togo.

One description of the character of German colonial repression says: “Jesko von Puttkamer, one of the governors of the colony, was most responsible for this brutality in Cameroon. He described the Duala people of Cameroon as ‘the most lazy, false, and base rabble the sun ever shone upon, and it would certainly have been better if, during the conquest of the land in 1884, they had at least been kicked out of the country if not exterminated.’ Under his governorship (1895–1906) the natives were also severely flogged, property was confiscated, villages were burned, natives were murdered, chiefs were imprisoned, and labor was forced and unpaid. These were some of the complaints of the native chiefs against Puttkamer. The German government, however, found such charges unworthy of investigation. It was only due to the efforts of a coalition of missionaries and large companies that Puttkamer was replaced as acting Governor.” (Article by Bill Johnson published at www.creation.com/African-holocaust, Nov. 28, 2013)

During World War I, the British invaded German colonial Kamerun taking control of the territory. Germany’s defeat in the first imperialist war ended its colonial project in Africa rendering the people of Togo and Cameron to British and French domination.

Independence Struggle and the Triumph of Neo-Colonialism

In December 1956, the Union of the Peoples of Cameroon (UPC), a revolutionary anti-imperialist national liberation movement launched an armed struggle against France to gain independence. The UPC called for the unification of French and British dominated regions of the country. The French colonial authorities suppressed the liberation movement resulting in the deaths of tens of thousands of Africans.

Later Ruben Um Nyobé, the Secretary-General of the UPC was killed in combat on September 13, 1958. Felix Moumié, UPC president, was poisoned in Geneva, Switzerland in October 1960 at the aegis of the French secret service.

UPC cadres continued an armed struggle until the arrest in August 1970 of Ernest Ouandié, who was executed six months later on 15 January 1971. Another leader of UPC, Osendé Afana, was killed in the south-east on 15 March 1966.

Cameroon’s first post-colonial President Ahmadou Ahidjo collaborated with the French imperialists against the UPC and won the favor of imperialism. Ahidjo ruled the country from the time of independence in January 1960 until 1982 when he voluntarily relinquished office. His prime minister, Paul Biya, took control and soon clashed with Ahidjo supporters. The former president went into exile in 1983 and never returned to the country. The Biya government implicated him in a failed attempted military coup in April 1984

The divisions between the former English and French dominated areas of the country were officially resolved at the time of independence in July 1961 at the Foumban Conference. Ahidjo became the first president of French Cameroon and subsequent referendums divided the state between Nigeria and Cameroon. Northern Muslim-dominated areas were federated with Nigeria, a former British colony. The western areas controlled by Britain were incorporated into the modern-day state of Cameroon.

Biya has remained in office for thirty five years. There have been numerous elections since the 1980s where Biya succeeded in maintaining control through his Cameroon People’s Democratic Movement (CPDM) ruling party. The party has a majority in the legislative branch of government.

The country has also been subjected to threats from the Boko Haram Islamic group based in neighboring Nigeria. In a recent video the Boko Haram leader threatened to assassinate Biya.

These developments in Cameroon will undoubtedly test the strength and viability of the state amid calls from some leaders of the English-speaking regions to secede from Yaounde. Nonetheless, the further balkanization of Africa, a product of imperialist rule from the 19th century, cannot provide a solution to the unresolved nationality and language questions.

1898 to 2021: From Wilmington to Washington and the Role of Racism in Right-wing Coups

Cicely Tyson: Pioneer for Representation in Film, Fashion and Television