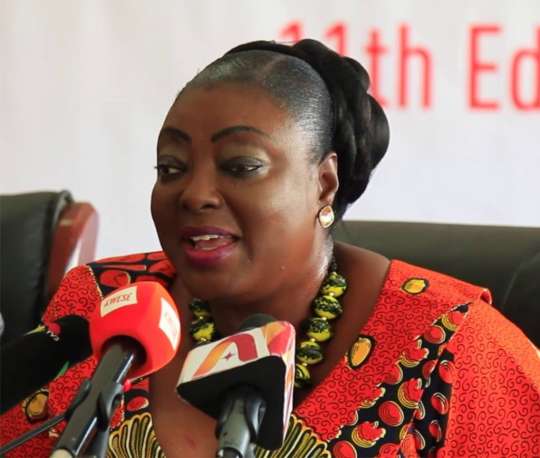 A legislator at the weekend expressed regret about the multiple forms of violence against women and girls, saying violence remained prevalent in the country, despite the passage of the Domestic Violence Act 2007.

Mrs Freda Prempeh, Member of Parliament (MP) for Tano North Constituency in the Ahafo Region, said for women of all ages, irrespective of socio-economic statuses, and geographic location, were affected by different forms of violence inimical to their development.

As Ghana joins the rest of the world to mark this year’s International Women’s Day, Mrs Prempeh who is the Deputy Minister of Gender, Children and Social Protection, called for strict enforcement of the Domestic Violence Act to bring the situation under control.

The United Nations has set March 8 every year as the International Women’s Day to celebrate the social, economic, cultural and political achievements of women.

It is a day to reflect on the successes that have been achieved, the road ahead and what remains to be done in the quest for gender equality.

International Women’s Day is another opportunity for women to share strengths, talents and experiences, the interests and welfare of women, and this year’s global celebration is on the theme, “I am Generation Equality: Realizing Women’s Rights in Ghana”

“Some women are bogged down by impediments and therefore do not pursue their careers even though they may have competence, capacity and knowledge in their chosen fields,” Mrs Prempeh told the Ghana News Agency (GNA) in an interview at Duayaw-Nkwanta.

Cultural hindrances, lack of spousal and family support were some of these challenges, and women needed to re-orient their minds and aspire to higher heights.

“Inequality in gender enrollment in schools remains an issue in Ghana, mainly because of the cultural belief that women and girls’ main purpose is reproduction, therefore boys are given the formal education as it is believed they will be the breadwinner for the family, eventually”, she said.

That notwithstanding, Mrs Prempeh said harmful practices such as Female Genital Mutilation, early child marriage, human trafficking, rape, and defilement, were currently on the decline.

“I am happy to note that Ghana has ratified both the main international and regional instruments protecting women’s rights; the Convention on Elimination of All Forms of Discrimination Against Women (CEDAW),” she added.

“We have to promote the enhancement and advancement of women through mentoring, training, networking and job placement with the main goal or focus to promote the development of their capabilities. Women ought to be celebrated every day”.

Over the years, Mrs Prempeh said, women had played a minimal leadership role in issues pertaining to developing countries, including Ghana, and this in her view was due to what she described as the sentimental attachment to the feminine gender and socio-cultural practice where women play second fiddles to men, with the men taking decisions for women.

The Deputy Minister was unhappy women were poorly represented in the legislature and district assemblies in spite of the fact that they constituted the majority of the population.

Currently, 38 females, representing 13.8 per cent were female MPs, though Ghana was one of the first countries to introduce a quota system for women in 1960.

To create change and move women forward, the MP underscored the need to create a more conducive environment that would fully enable women to participate in decision making at all levels.

“There is also the need to remove or eliminate gender stereotypes and unearth hidden potentials of women through Affirmative action, education and capacity building”, she said.

Mrs Prempeh said policies, legislation and efforts to empower women and appreciate their immense contribution in the socio-economic development of the nation and beyond should be prioritized and enforced by the government.

Also, decisions affecting women should be made with women consultation and advice.