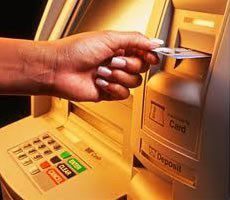 Global payments giant Visa has announced the establishment of local business operations in the Democratic Republic of Congo (DRC).

DRC has become an attractive destination for huge corporations that want to tap into its large population of close to 90 million people.

Estimates indicate that only a quarter of this population is included in the financial ecosystem, signalling a huge potential for businesses setting up in the mineral-rich country.

Visa said it will be working closely with the government and the other players in the financial ecosystem to enable digital payments for consumers, merchants and partners.

The opening of Visa’s Kinshasa office was witnessed by Chairman and CEO Al Kelly who also oversaw the led the company in signing a series of partnerships in the country.

“The DRC is one of the most dynamic countries in Africa, and we are pleased to establish a local presence. “ Mr, Kelly said.  “Visa’s purpose is to uplift everyone, everywhere by being the best way to pay and be paid, which we accomplish when we include more consumers and merchants in the financial system.”

“Immediate partnerships include introducing Visa payment credentials for more than 150,000 DRC M-PESA customers and accelerating acquiring and financial inclusion with fintech Infoset through Visa’s CyberSource platform.” A statement from the company said.

The payments solution firm is also introducing a program done in partnership with Vodacom aimed at uplifting women living with disabilities.

“We have seen the benefits of fast-tracking digitization of commerce and money movement in many economies, and this is only possible through continued collaboration with government and industry stakeholders. We look forward to partnering to support the fast-growing financial ecosystem in DRC, while leveraging our payments network to enable both local consumers and businesses to thrive”, added Aida Diarra, Senior Vice President and Head of Sub-Saharan Africa at Visa.

In an exclusive interview with TechTrendsKE last week, Mr. Kelly acknowledged that Africa’s youthful population holds great potential for businesses and the continent at large.

Africa is central to our long-term growth strategy. Over the years, we have focused our efforts on giving both buyers and sellers on the continent access to digital commerce. Visa serves each of the 54 African countries from 11 offices, including a new office in the Democratic Republic of Congo that officially opened this week.

Visa, Finastra Link Up on Global Banking for Cross-Border Transactions