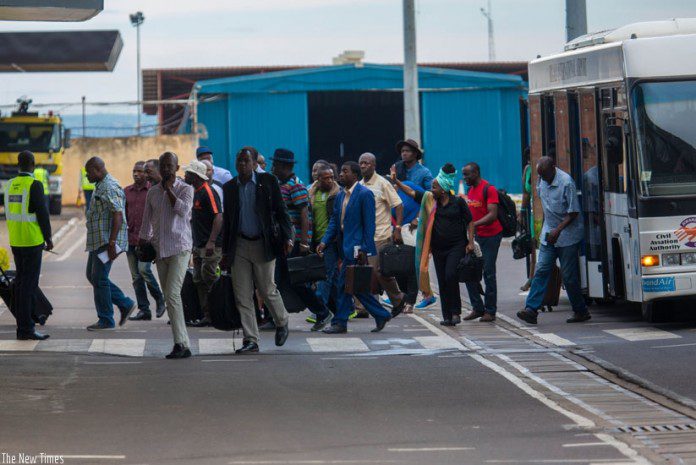 This was confirmed by Edward Kalisa, the Permanent Secretary at the Ministry of Sports and Culture, yesterday.

He explained that the Government had come up with the decision to facilitate the movement of all the people that wish to be part of the tournament, but also helping those that wish to visit Rwanda.

“We hope that by removing visa fees, participating teams will have enough fans to support them.’’ He added, who knows, we will have as many tourists as possible and this could earn Rwanda more revenues than it would be, if we kept the USD30 visa fees paid by African nationals visiting Rwanda.’’

All African nationals traveling to Rwanda acquire visas upon arrival.

Over 1000 delegates are expected from participating countries plus CAF officials.

Meanwhile Kalisa reassured that the country has “more than enough hotels to host as many fans as possible.’’

“The Ministry together with the Organising Committee have examined all hotels around the country—which are likely to accommodate our visitors and I can assure you that they are ready.  We have talked to hotel operators to ensure that the service delivery is as excellent as it can get,” he noted.

He added that apart from VIP and VVIP entry tickets—which might be increased—for the opening game at Amahoro national stadium on January 16 — the entrance fee to ordinary seats will remain at Rwf500.

By Athan Tashobya, The New Times