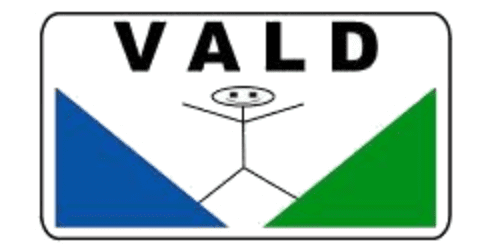 The Vision for Alternative Development (VALD), a civil society organisation has called for a review of the Ghana’s current tobacco control laws to a comprehensive Smoke-free law by eliminating the designated smoking areas from the regulations.

It also urged for the review of the present tax regime from Ad-valerom to Specific tax, stating that increases in tobacco tax is most effective measure to deter kids, young adults, women, and the poor from smoking.

The VALD in a policy brief statement copied to the Ghana News Agency said the Public Health Act 851 has been passed and upheld for more than 10 years, but the country’s teenage tobacco use was continuously increasing

“This may be partly ascribed to ineffective implementation and enforcement of the laws, as well as government’s inability to commit funds for tobacco control initiatives,” it stated
The VALD said increase in cigarette taxes have demonstrated to discourage young people from starting to smoke, help to save lives, prevent diseases, and provide money for the government to fund public health services

“This is significant since it is clear from decades of studies conducted around the world that boosting cigarette costs is one of the most successful tobacco control measures. It has been shown to lower smoking, particularly among children, adolescents, women and the poor in society,” the statement said.

It said the prevalence of tobacco usage among Ghanaian teens has been observed to be 8.9 per cent and that retailers readily sell cigarettes to young people who already smoke, which represent 71.5 per cent without asking them about their age.

The VALD stated that the latest survey conducted by the United Nations Development Programme – Ghana (UNDP) indicated that more than 6,700 Ghanaians die annually because of tobacco use and exposure, which had accounted to three per cent of all deaths in Ghana.

It said children, teenagers, young adults and women were especially vulnerable to these health issues, and that most significantly, smoking has been connected to a higher likelihood of a worse disease prognosis since the current COVID-19 pandemic began.

“This highlights the need for immediate action, such as the outright prohibition of some new emerging products, such as shisha, as done by some African nations including Kenya, Rwanda and Tanzania on the grounds of public health,” the VALD stated.

It said a significant price rise on cigarette would present a “win-win” policy choice for government, will boost income, and will decrease use, adding that; “Evidence from numerous nations demonstrates that effective tax hikes result in a decrease in tobacco smoking prevalence, consumption, initiation, and inequities.

“Most importantly it gives the government financial room to undertake public health initiatives like programmes for universal health coverage,” it stated

The VALD therefore urged the government to consider significantly raising the cigarette tax in a way of following former President Obama’s bright example which led to achieving a historic victory for the well-being of American children by raising federal tobacco taxes by one dollar and expanding the State Children’s Health Insurance Programme.

“By lowering cigarette usage in Ghana, the new law hopes to provide millions of youngsters with healthier future,” it noted.