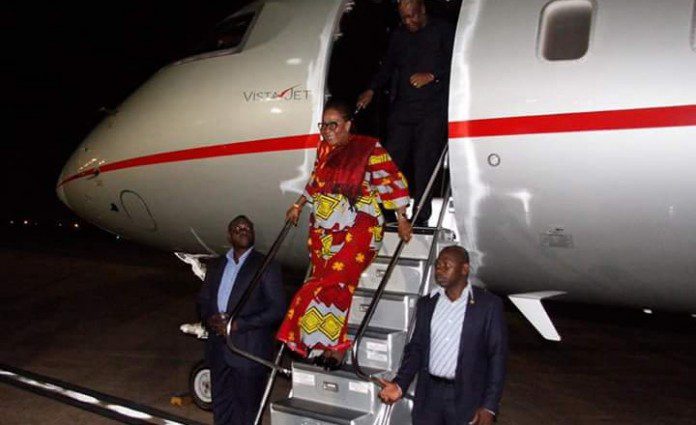 Investigations by source  have revealed that Vista Jet, the Private Jet which conveyed President Mahama from Scotland to Ghana charges $11,000 an hour. Yes, you heard it right GHS 42,000 for an hour. Mahama returned on Saturday in Vista Jet’s Bombardier Global, which charges over $11,000 an hour.

The distance from Scotland to Ghana is roughly 7 hours and a few minutes, so basic mathematics suggests that government had to pay $77,000 for the return flight alone.

Source gathered that  Vista Jet offers to fly between any two points and have a ‘pay as you go’ fare structure like a taxi company. It is worth noting that Vista Jets  allows for Charter ONLY for its Bombardier.This is unlike fractional charging, where each craft is owned or leased by multiple clients. NsromaMedia noted that it was working visit and as such, taxpayers had to foot the bill for the Jet.

The President was in Scotland on a working visit where he addressed Scotland Parliament. He also attended a special convocation to confer on him an honorary degree of Doctor of Laws (LLD) (Honoris Causa