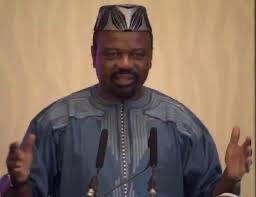 Dr. Vladimir Antwi-Danso, the Dean of Academic Affairs at the Ghana Armed Forces Command and Staff College (GAFCSC), has commended Qatar for the massive works and investment to host the biggest football festival in the world.

Qatar was given the hosting rights in 2010 to host the FIFA World Cup, however, it was met with backlash after beating countries including Australia, Japan, Korea, USA, where some European countries threatened to boycott the Mundial.

With just two days to the tourney, the global showpiece is gathering the fun and excitement it comes with where 32 countries would battle for the glamourous trophy.

Dr. Antwi-Danso in an interview with GNA Sports praised Qatar for living up to the task by providing the needed infrastructure to welcome about three million fans to the gulf country.

“The point is that, when Qatar was bidding for the hosting rights, nobody gave them the chance to host such an event. Qatar is a hot place and not a very interesting place to play the World Cup, but they have proven to the world that they are up to the task and the World Cup doesn’t have to be for some specific countries,” he said.

On infrastructure, Mr. Antwi-Danso who is also the Director Legon Center of International Affairs and Diplomacy (LECIAD) of the University of Ghana, Legon congratulated the hosts for the state-of-the-art facilities established to ensure the success of the tourney.

“The stadia they have produced, I don’t think there are any stadia in the world like that. These are air conditioned and scientifically produced, and to me, everything is on course. Commercially, it’s good for Qatar because it is going to put the country on the world map where they would benefit a lot from. I have seen the infrastructure and I think that kudos to the organisers,” he said.

Renaming UDS after Rawlings is a befitting honour – Antwi-Danso