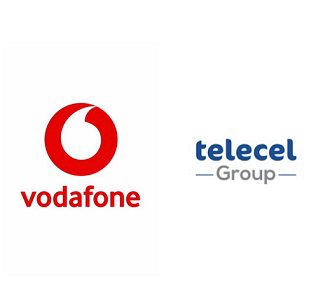 Whereas the National Communication Authority (NCA) says it has only granted conditional approval for the transfer of the 70% majority shares in Vodafone Ghana from Vodafone Group to Telecel Group, Techgh24 has learnt that Vodafone Group CEO, Nick Read has told his staff in London that the deal is done.

NCA failed to state what the conditions of the approval were, but reliable sources outside the jurisdiction have told Techgh24 that the Nick Read has already addressed a staff durbar at the group head office in London and informed them the Ghana sale is completely done.

According to the source, there are already plans to cut jobs and also do a sale and lease back of towers as a first step, adding that Telecel assumed the debts of Vodafone as well, and they are most likely to focus on dealing with that before making any investments.

Meanwhile, Ghana government still owns the remaining 30%, which does not come with any real value in terms of capital expenditure (CAPEX) and operational expenses (OPEX), one thing that previous CEOs of Vodafone Ghana have always complained about.

Per the NCA’s statement, the approval of the Vodafone-Telecel deal follows concessions made by the Seller (Vodafone Group) and representations made by the Buyer (Telecel) to the NCA.

It would be recalled that in January 2022, the NCA received an application from Vodafone Group for the transfer of 70% of its majority shares to Telecel Group.

The regulator then concluded that the request did not meet the regulatory threshold for approval to be granted.

Subsequent to reports that government had blocked the deal because it had other plans for Vodafone, the Minister of Communications and Digitalization, Ursula Owusu Ekuful was reported to have said that the sale was not approved because “Telecel lacked the technical and financial muscle” to handle Vodafone Ghana.

Telecel then came out and said it had cash ready to pay Vodafone Group upfront, plus another US$500 million ready to invest in Ghana in just the first three years if the sale was approved.

NCA said Telecel subsequently resubmitted a revised financial and technical proposal in December 2022, which demonstrated the needed capital investment to extend the deployment of 4G and launch innovative Fintech solutions.

NCA said it found that the revised proposal provided more clarity and certainty in terms of the funding required for the acquisition and the commitments from both the Vodafone and Telecel.

The regulator added that Telecel strengthened the overall governance and management team and made firm commitments towards meeting the regulatory requirements of the NCA.

“Based on the above, the NCA confirms that the revised proposal from the Buyer now meets the regulatory threshold and hence has granted a conditional approval for the transfer of shares to the Buyer including submission of strategies for employee retention,” it added.

Vodafone purchased a 70% stake in the Ghana business in 2008 for $900 million from Ghana government. The company has since invested an estimated $500 million into Vodafone Ghana, but it is currently one of the unprofitable telcos in the country, with an estimated debt of over ghs500 million.

The telco is currently the second largest telecom operator in Ghana with about 7.4 million voice subscribers, 3.6 million data subscribers and also the leader in fixed line subscriptions. It is also the weak number two on the mobile money market.

Vodafone is known for its strength in the business solutions, which is something that Telecel is also known for, per information on its website. And so the regulatory requirement placed on Telecel to expand 4G accessibility and also deploy innovations in Fintech, sits well with the company.

Telecel set for IPO in 5 years

Kwahu Summit was sponsored by Telecel