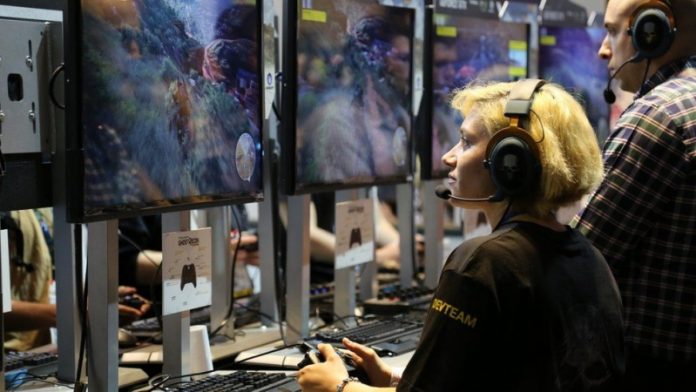 Actors who provide voices, stunts or motion capture for well-known video games are on strike in the US over pay.

The Sag-Aftra union, which represents many of these voices artists, called the strike after saying that video game employers had “steadfastly refused to reach a fair deal” during negotiations.

It is not clear how long the strike will last.

Interactive Video Game Companies, which represents the game makers, offered to give actors an immediate 9% pay rise, which they say is a better offer than the 3% each year for the next three years which the union had asked for.

The union says video games are a “multi-billion dollar industry where the top titles earn more than even the highest-grossing blockbuster movies”.

But unlike film actors, video game actors don’t get any extra payments if the final product makes a lot of money.

“We are demanding a simple back-end payment that would be capped and apply only to successful games,” Sag-Aftra says in its official statement.

Neil Granger is a British actor who has had voice roles in games such as Assassin’s Creed: Unity and Risen.

Neil says it would be “great” if royalty payments were introduced to the gaming industry.

He says that game companies are moving towards casting film stars and celebrities, rather than “jobbing actors” and those who specialise in voiceover work.

“Even the smaller roles will be taken by people with profiles,” he predicts.

“That could have a knock-on effect on people who make their living as voiceover artists because it could then mean all the work is going directly to actors who have profiles.”

Disagreements between the game companies and the union over vocal stress have apparently been resolved ahead of the strike.

The union was calling for sessions which were challenging on an actor’s voice to be capped at two hours, but paid for four, to minimise the risk of strain.

The union also says video game makers “frequently fail to have a stunt coordinator present when stunt work or other dangerous activity takes place” and have been calling for this to be addressed.

Union representatives have been campaigning for greater transparency in the industry and want the actor to at least be told “basic information” about the project they are working on.

Not every producer will be subjected to the strike and games which went into production before 17 February 2015 won’t be affected.

Nurses and Midwives’ strike at Manhyia hospital called off

Training underway in Abuja for actors in women, peace, and security processes

Opuni Trial: Court to hear motion for order to set aside its own orders