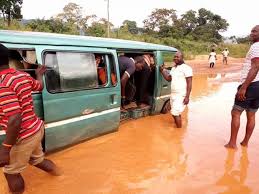 Members of Parliament on the Volta Caucus of the Minority on Thursday said they are outraged that the Government omitted the Volta Region from the list of “critical regional road projects programmed for construction in 2020” Budget.

They gave the Government 48 hours to apologise to the Chiefs and People of the Region, insisting that the Region should be considered for its fair share of projects under the Government of Ghana’s Critical Roads Projects.

If the Government failed to act, the Volta Caucus said, it would announce its next step of actions.

The Volta Caucus registered their displeasure at a press conference at the Parliament House, in Accra, a day after Finance Minister Ken Ofori-Atta presented the 2020 Budget, on the authority of President Nana Addo Dankwa Akufo-Addo to Parliament.

Mr Kwame Governs Agbodza, Ranking Member on the Roads and Transport Committee, and MP for Adaklu Constituency, in the Volta Region, speaking at the press conference, contended that perhaps the Senior Minister’s explanation as this being an obvious mistake is the most untenable.

He queried: “when was this mistake detected and how come no corrections have been effected as we speak?”

The Minority described the excuse as “lame and unconvincing”, and insinuating that the omission was to punish the constituents for not voting massively for the governing New Patriotic Party (NPP),

He said, “we are convinced that this was a grand scheme to discriminate against the Volta Region by denying our constituents their fair share of the national cake just because of our voting pattern”.

The Volta Caucus reminded President Akufo-Addo that he took an oath to defend the Constitution of Ghana; and to take the necessary action for even and balanced development of all regions, adding that “this is what the NDC has always pursued anytime we are in Government.”