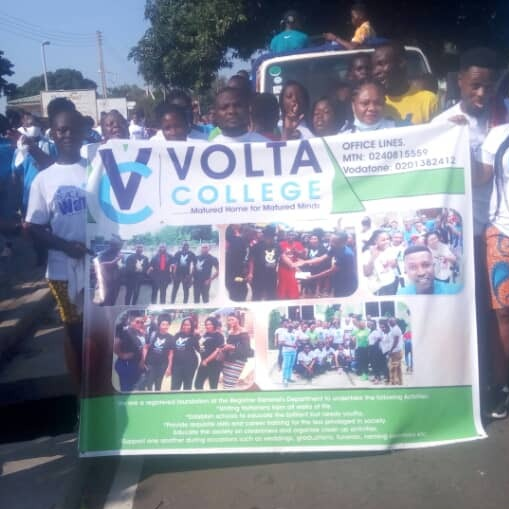 Mr Richmond Ameko, President, Volta College, a Non-Governmental Organisation (NGO) has called on political actors to maintain the peace before, during and after the December 7 polls.

He asked them to educate their party faithful to desist from acts that had the tendency to jeopardise the peace of the country as the election was all about ideas to position the country for better development.

Mr Ameko was speaking in an interview with the Ghana News Agency (GNA) during a peace walk organised by the organisation in Ho to encourage the citizens to maintain the prevailing peace of the country during the upcoming general elections.

The President implored politicians, who would attempt to engage the youth in lawless acts to destabilise the country to desist from it.

He urged the youth not to be influenced by any political actor to cause mayhem in the forthcoming elections as the future of the country was dependent on them.

Mr Ameko said the nation’s quest for accelerated growth and development would not be realised if nothing was done to safeguard the peace, thus the peace walk was to send a message to all to cherish the peace and maintain it.

He admonished the electorates to endeavour to abide by the COVID-19 preventive protocols during the elections as well as the rule and regulations underpinned the elections.