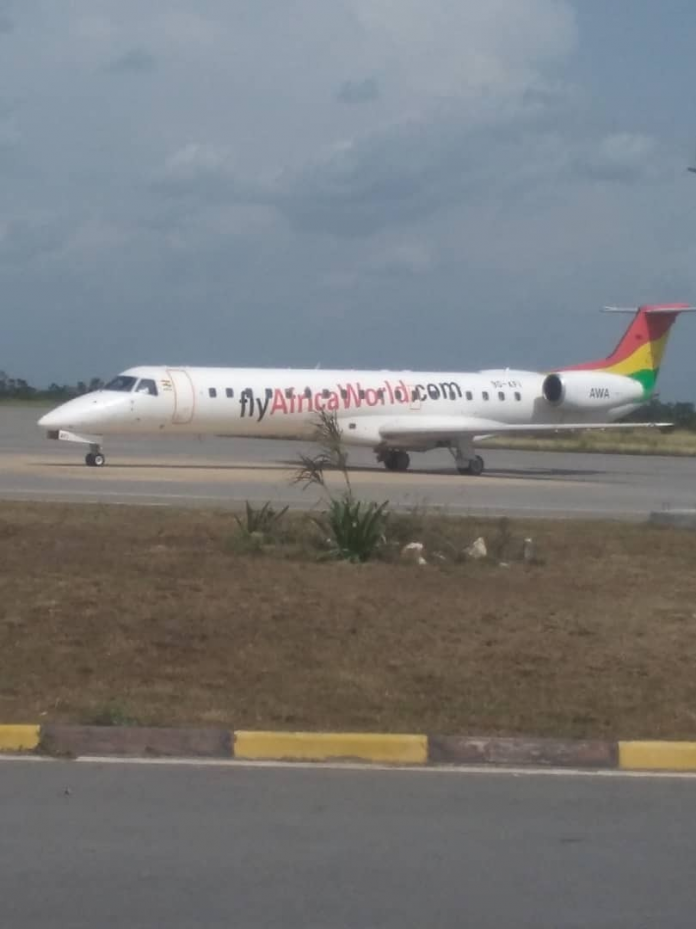 The Volta Region House of Chief has congratulated Togbe Afede XIV, the Agbogbomefia of Asogli State and the Africa World Airlines (AWA) on a successful test flight to the Ho Airport.

The Embraer 145 flight landed smoothly on Thursday at exactly 1419 hours from the Kotoka International Airport.

This was contained in a release signed by Togbe Tepre Hodo IV, the President of the Volta Regional House of Chiefs, copied to the Ghana News Agency.

It noted that the leadership and members of the House were thrilled as the historic event was conceived and executed through the collaboration of their very own Togbe Afede, and his business entity.

The statement said that Togbe Afede became the co-pilot of the flight that kick-started processes for commercial flights to begin in earnest.

It noted that it was the hope that the Ho Airport would be considered seriously as an alternative arrival and departure point for flights.

It disclosed that the House was hopeful that other airlines would follow suit thereby enhance the overall fortunes of the aviation industry in the Region and country as a whole.

It urged the people of the Region to patronise AWA flights in order to enhance aviation business and prospects in the Region.

The statement lauded the Regional Minister and governments for executing such initiative, adding that, it has the potential to impact tremendously the growth of the Region, Ghana and West Africa.