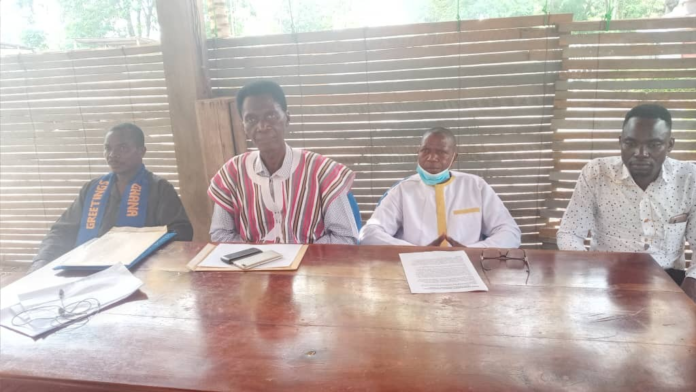 Mr Gbortsyo, who was addressing a press conference in Ho, said they were seeking the President’s intervention because they were treated unfairly in the disbursement of the loan.

He said 175 members of the association applied for the loan in October 2019.

Mr Gbortsyo said on December 13, 2019, during their Annual Congress, the Chief Executive Officer (CEO), Mr Stephen Amoah sent a delegation from both the Head Office in Accra and the Ho Regional office led by Mr George Osei-Ware.

He said Mr Daniel Wudome, the Volta Regional Director of MASLOC, who was part of the delegation, “confirmed that the loan application of the first 175 members of the association had been processed and awaiting disbursement.”

The Vice-Chairman said the association, while waiting for the loan, submitted another application for 250 members, which formed the second batch, bringing the total number to 425 from eight towns of the region.

Mr Gbortsyo said after a long wait, the association did a follow-up and was informed that part of the loan application could not be found so they should bring another list covering all applicants to help address the challenge, which they did.

He said in June 2020, after another follow up, the association learnt that the Volta Regional Director Mr Daniel Wudome was allegedly sacked for misappropriation of fund.

Further investigation, he said, revealed that Mr Wudome had allegedly connived with some staff members at the MASLOC head office and used our approved loan applications to collect cheques as if they were collected by us and that led to his dismissal.

Mr Gbortsyo said the association “felt cheated when they heard of the negative development, more especially when we heard that some associations in the Ashanti region had the MASLOC loan for the third time.”

He said the association was therefore appealing to the President to intervene so they could have their loans to undertake their business to improve their well being.