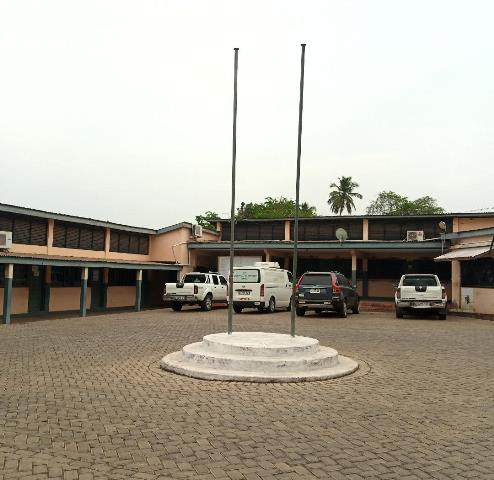 A statement issued by the Council said “we will like to state for the records without any shred of doubt that a good number of Ghana flags were hoisted at various vantage points within the Volta regional capital and on the parade ground at Jubilee Park, Ho and were only removed long after the programme had ended”.

It described the feature as misleading and said aimed at tarnishing the hard earned reputation of the Regional Coordinating Council under the auspices of the Regional Minister and organisers of the programme.

“For the avoidance of doubt, we want to reiterate the fact that the publication is inaccurate, malicious and misleading since the commemoration of our national independence across the country over the years has always been held at a central converging point where everyone including our Security Agencies, School Children, Heads of Department, Market Women and Opinion Leaders amongst many others gather to commemorate our independence from British Colonial rule some 63 years ago.

“We also used such opportunities to take stock of our achievements during the previous years and also plan ahead as one people with a common destiny by dwelling on the things that unite and bring us together.

“Therefore, what took place at the Jubilee Park in Ho was not an exception.”
The writer however stands by the veracity of his report.