Volta Star Textiles Company Limited (VSTL) is in dire financial situation and requires about a capital injection of GHC20 million to be viable. As at May, 2017 the total debt of the Company stood at GH¢13.4m. 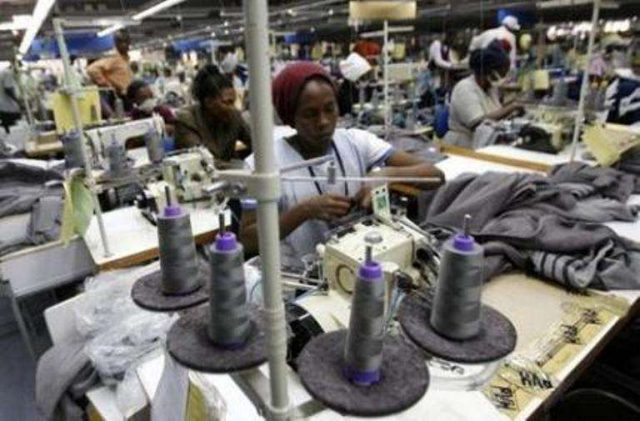 The Minister for Trade and Industry, Hon Alan Kyerematen, disclosed this in Accra when he appeared on the floor of Parliament to answer questions posed by the Hon Member for North Tongu, Hon Samuel Okudzeto Ablakwa.

The North Tongu MP had sought to find out from the Minister the progress of work on the private participation in the future of Volta Star Textiles Limited at Juapong in the Volta Region.

According to the Trade Minister, Government is presently looking for a strategic investor who will assist with the required capital injection to restructure the Company to ensure that produces at optimum capacity. This follows a decision by the Ministry, in consultation with the Transaction Advisor, PricewaterhouseCoopers (Ghana) Ltd (PWC) to abrogate the contract with the Bullion Group Consortium and re-open the tender process to potential investors. The process is scheduled to commence at the beginning of August, 2017.

He said the Company produces world class yarn and grey baft as its products. Its main local customer is Tex Styles Ghana Ltd (GTP) and its sister company in La Cote d’ Ivoire. It has recently started exporting to Cameroon.

The Trade Minister also revealed that the Company has the largest spinning and weaving capacity in Ghana with an estimated grey baft production capacity of 20 million yards per annum. This notwithstanding, the company currently produces 6 million yards of grey baft per annum representing 30% capacity utilization. It runs two shifts currently employing 750 workers and has the capacity to employ 1,200 workers running three shifts at full plant capacity utilization. At its present level of plant utilization, the Company is making loses.

Hon Alan Kyerematen told the House that the Company is heavily indebted to State agencies as Government, being the sole shareholder, has not been able to adequately provide the Company with the required working capital in order to make its operations viable.

Providing some worrying figures, the Minister disclosed that as at May, 2017 the total debt of the Volta Star Textiles Company Limited stood at The total debt of the Company is GH¢13.4m.Giving a breakdown, he noted that the Company owed the Electricity Company of Ghana (ECG) a staggering GH₵3.8 million; GRA GH¢1.0m, SSNIT GH¢1.0m and EDAIF (Now Ghana Exim Bank) GH¢6,144,771. It also owes GH₵1.47m to service providers and staff salary arrears. He said the Company in addition, needs a capital injection of GHC20 million to be viable.

According to the Minister, realizing the bad state of affairs, the Ministry of Trade and Industry, on August 20, 2014, appointed PricewaterhouseCoopers (Ghana) Ltd (PWC) as a Transaction Advisor to assist in the restructuring of the Company. PWC completed the first phase of the project which involved an independent business review of Volta Star Textiles Limited, including a valuation of the Company in May 2015.

The second phase of the project was the disposal of 70% shares of Volta Star to a strategic investor with the requisite expertise and resources to restructure the company. This was due to the fact that VSTL was in dire straits and proceeding with the status quo would have been detrimental to the nation and in particular the Juapong community.

After the evaluation of the bid proposals, Bullion Group Consortium was adjudged the Preferred Bidder mainly on the strong textile partners they presented in their bid and their financial bid. The Company was to pay USD 13 million for the 70% VSTL shares.

AFND International’s offer was revised downwards to US$9.5M, on account of the capital expenditure commitments of US$12.8m they pledged over a 3-5 year period.

According to the Minister, “the Bullion Group Consortium, led by ANFD International, is yet to make any form of payment although they have had regular consultations engagement with the Transaction Advisor PWC. AFND International proposed to make payment by May 2017 but has failed to make any payment to date.”

It is not true that GCB, CBG, ADB and NIB are Struggling to survive

Ejura-Sekyeredumasi, can Alhaji Braimah and NDC survive the agenda 47/47