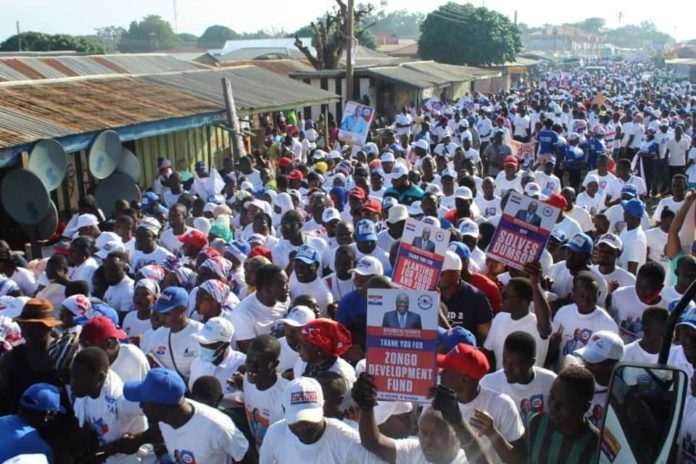 Mr John Osei Frempong, Member of Parliament (MP) for Birim North, has called on the electorate to vote massively for Nana Addo Dankwa Akufo-Addo as president and for him as MP to enable the New Patriotic Party (NPP) to continue to develop the country.

He said the best person who could ensure the security and progress of the nation was President Akufo-Addo and that he had proven to Ghanaians and the world over of his excellent leadership skills and spectacular empathy.

He said the NPP-led government had embarked on socio-economic policies and social intervention programmes that had inured to the benefit of many a Ghanaian.

Mr Fremepong made the call at a meeting with the Constituency executive of the Party at Pankese, near Nkawkaw in the Eastern Region.

He called on the people to renew the mandate of President Akufo-Addo as Ghanaians had been touched by the fair distribution of infrastructure and compassion by the President to care for the needy.

Mr Frempong said through his initiative, he had been able to provide electricity to Akyekyeresu, Bramkrom and Oworomma and had provided pipe-borne water and a clinic to the people of Pankese and upgrading the roads there.

Mr Patrick Barnor, Birim North Constituency Chairman of the NPP, said social interventions such as the Free SHS, free electricity and water and the Nation Builders Corp (NaBco) attested to the fact that the Party had the development of the nation at heart and also called on the electorate to vote it back on December 7.

Mr Daniel Kissi Adjabeng, Chairman of the Pankese Youth Association, charged the youth to lead the crusade in ensuring that this year’s election were free from violence.

“The youth must take charge in ensuring that the December polls become one of the most peaceful, irrespective of which side of the political divide they belong,’’ he said.

Mr Adjabeng cautioned them to avoid being used to foment trouble by politicians.