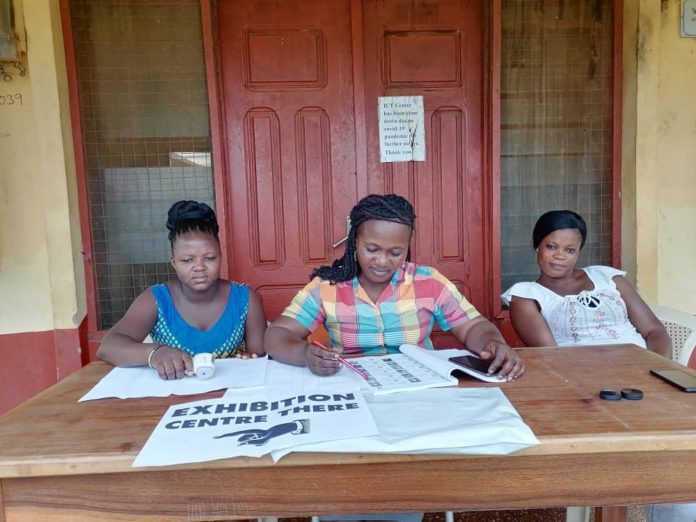 The exhibition of the Voter Register has successfully taken off in the Sekondi Takoradi Metropolis.

The eight-day exercise is being carried out in all the 2,943 polling stations in the Region to enable eligible voters to correct their names, make inclusions and raise objections to ineligible persons on the roll.

A visit by the GNA to some of the polling centres showed that they were observing the COVID-19 safety protocols with security personnel present.

At the Saint Mark Anglican Church Essikado, only one person had checked his name as of 0740 hours while at the Essikado old court seven persons had done so as at 0800 hours.

At the St Anthony Padua RC church 1 in the Kwesiminstim constituency, one person out of 951 checked the details as of 0750 hours.

Two people out of 852 checked their names at the St Anthony Padua RC church 2 as of 0807 hours.

At the Kwesiminstim post office A1, only five out of 659 registered voters had checked their names as of 8.16 am.

Ms Gifty A. Asamati, the returning officer, said at the Kwesiminstim Post Office A, a total of 11 people out of 673 had checked their details as of 0825 hours.

At the Public Forum East 1, a total of 15 people made up of eight females and seven males out of 662 had checked their names at 9.19 am

Ms Priscilla Ackoh, the exhibition officer at Public Forum East 2, said 10 female and six males out of a total of 621 people had checked their names at 0925 hours.

The exhibition of the Voter Register is the final stage of the process to clean up the register for the general elections in December.