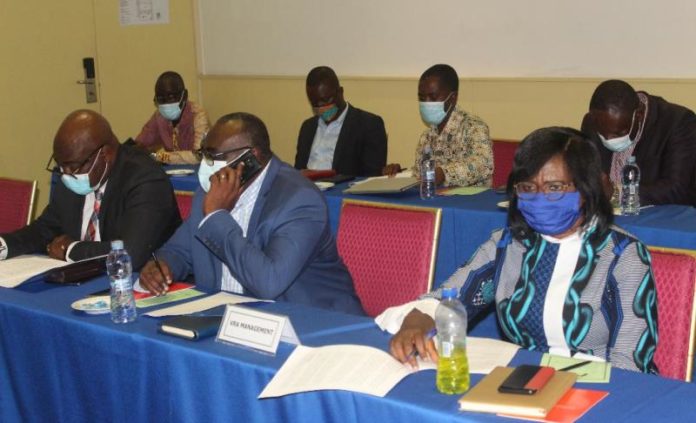 Mr Kweku Andoh Awotwi, the Board Chairman of Volta River Authority, has affirmed the Authority’s commitment to remaining focused to achieve its financial sustainability under the Financial Recovery Plan (FRP).

Mr Awotwi said the implementation of the FRP, which started in 2017 on the Authority’s new corporate strategy “BRAISE,” had led to great success in areas of cost control; signing on new commercial opportunities, and improving efficiency of its thermal operations.

Speaking at its 10th stakeholders’ engagement in Accra on VRA’s operational and financial performance in 2019, the Board Chairman said the Authority was committed to using natural gas to increase power sales to the export market.

That, he explained, was underpinned by the government’s payment of GHC344million through the Energy Sector Levy Act bond issued to reduce the legacy debts.

He said VRA’s generating plants in Akosombo and Akuse had played a key role in the country’s electric power, saying: “generation from our hydro sources increased by 1,164 Gigawatt hours (GWh) from 5,044GWh in 2018 to 6,208GWh in 2019, an increase of 23 per cent.

The implementation of the Free Senior High School (SHS) Policy compelled the Authority to end the award of scholarship at the SHS level, he noted.

Mr Awotwi said key stakeholders in all the 18 municipal and district assemblies impacted by its operations were engaged to discuss and outline a framework and implementation strategy to enable the Authority to introduce a technical and vocational education training programme.

“We have spent GHC242,822.33 as tuition and hostel fees for 65 students at tertiary institutions including Medical students,” he said.

Mr Emmanuel Antwi-Darkwa, the VRA Chief Executive, said the Authority’s transformational strategies ushered it into a new age of resilience, diversification, sustainability and growth, which had enhanced the reliability of power supply in the country.

He said it would continue to provide electricity to support the country’s economic development and that of its neighbouring countries of Togo, Benin, Burkina Faso and Cote d’Ivoire.

Mr Antwi-Darkwa said the VRA had commenced the process to convert the Akosombo Township into a smart city to leverage on the infrastructure and human skill sets abundant in the area.

“We have completed a roof top solar project at our Head Office as a precursor to establishing solar parks and rooftop solar facilities in Akosombo, Aboadze and Akuse enclaves, an evidence of our new commitment to living in a green environment,” he said.

Mr Stephen Asamoah Boateng, the Director General of the State Interest and Governance Authority, commended the VRA for its achievements and urged management to work to eliminate wastage in their operations to grow revenue.