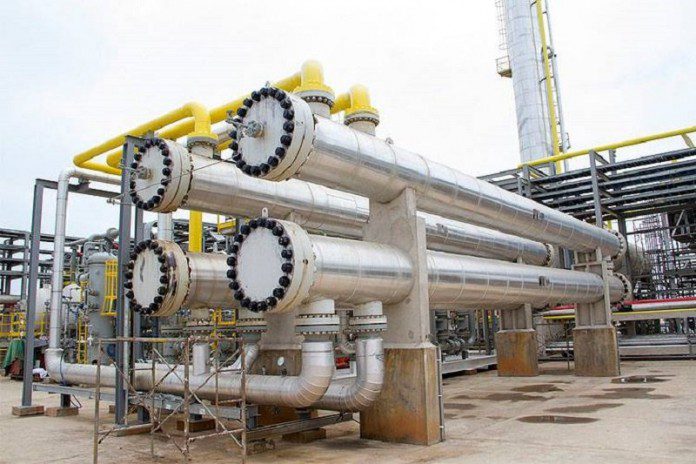 The Ghana National Gas Company (Ghana Gas) has begun the supply for an average 109 million standard cubic feet of gas (mmscf) a day to the Aboadze Thermal enclave of the Volta River Authority (VRA) for power generation. This follows the successful tie-in to the VRA’s main gas pipeline, which is expected to feed the AMERI plant once it is ready to generate electricity.

A press release signed and issued in Accra on Tuesday by Mr Alfred Ogbamey, Corporate Communications Manager of Ghana Gas, said the gas supply was expected to help VRA generate about 600 megawatts of power to the national grid and improve the current energy situation.

It said the Atuabo Gas Processing Plant had also resumed continuous production of LPG and condensate.

The release said Ghana Gas was supplying up to 115mmscf of lean gas to VRA before the curtailment in supply of gas to Aboadze on November 23, 2015 at the request of the VRA.

The Atuabo Gas Processing Plant has the capacity to process 150 mmscf of raw gas a day from the Jubilee Field through the FPSO Kwame Nkrumah, out of which 135 mmscf of lean gas is expected to be delivered to the VRA.